Phoenicia Company T.A.A Cyprus, Exclusive Distributor of for more than 56 countries in Middle East, Africa and Europe, has granted the status of Habanos Specialist, to a store founded in the year 2000 in the city of Birkirkara, Malta and named Charles Grech Liquor Store. It is located on the Valley Road Birkirkara, Malta and has a space of 375 m2. Inside it has a walk-in humidor of dimensions equivalent to 7 m2, where the represent 80% of the total volume and with approximately more than 200 types of references. It also has a highly qualified staff with good knowledge of the product. 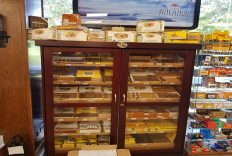 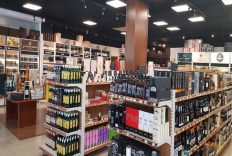 Distribuidor Exclusivo Habanos Especialistas Malta Phoenicia T.A.A Cyprus
The Havana-based company, jointly owned by the Cuban industry and the British Imperial Tobacco Group, which markets all 27 Habanos brands worldwide.
The official Denominación de Origen Protegida (D.O.P.), or Protected Denomination of Origin used only to describe the most outstanding brands of cigars, which are manufactured in Cuba to the most exacting standards established by the Regulatory Council, from tobaccos grown only in particular areas of the island that are also protected as Denominations of Origin. In English the word translates as Havanas, which are widely considered to be the best cigars in the world.