On the evening of 20th of May 2019, Fortuna Cigar House hosted a Cigars and Rum Tasting Night that took place in Kiev – Ukraine, in the atmosphere of The Beer House venue. Representatives from the Embassy of Cuba in Ukraine (Mrs. Natacha Diaz Aguilera – Minister/Counselor), Phoenicia Cyprus,b Exclusive Distributor for Habanos. S.A. in the territory, representatives of and Fortuna Cigar House were present. Mr. Dimitriy Guirinchik hosted the night and guided guests through a flavorful experience. Around 50 guests gathered for the night, that began with an opening speech and with the Partagás Serie D No. 6 (51 ring gauge x 90 mm in length). After that,  a  Questions & Answers was made by the representatives on subjects regarding : such as the cultivation and production of a cigar, standard and regional editions releases, and how to distinguish authentic Habanos versus fake cigars when purchasing them. Throughout  the evening, all people present  had the opportunity to taste the Diplomáticos Ammunition (54 ring gauge x 150 mm in length – Regional Edition Phoenicia 2018) along with the flavors of the three  Conde de Cuba. 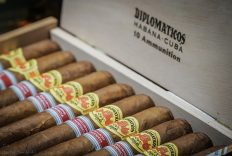 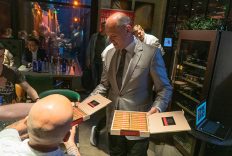 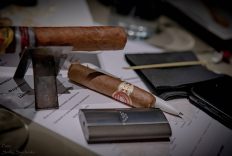 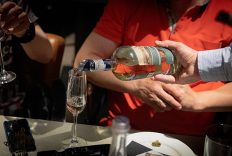 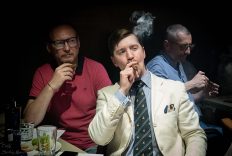 Distribuidores Exclusivos Events Maridaje Phoenicia T.A.A. Cyprus LTD
The Havana-based company, jointly owned by the Cuban industry and the British Imperial Tobacco Group, which markets all 27 Habanos brands worldwide.
The official Denominación de Origen Protegida (D.O.P.), or Protected Denomination of Origin used only to describe the most outstanding brands of cigars, which are manufactured in Cuba to the most exacting standards established by the Regulatory Council, from tobaccos grown only in particular areas of the island that are also protected as Denominations of Origin. In English the word translates as Havanas, which are widely considered to be the best cigars in the world.