Cigar bands were introduced in the 1860’s by Don Gustavo Bock, a European who had arrived in Havana to make his fortune in cigars. Legend has it that the idea sprang from a desire to protect the white-gloved fingers of his more refined customers from staining.

Other explanations suggest that bands were introduced simply to differentiate between cigar brands and to make the production of fakes and imitations more difficult.

Whatever the true reason was, cigar bands grew to become the Habano’s most potent popular symbol, prized by collectors and copied by every rival. 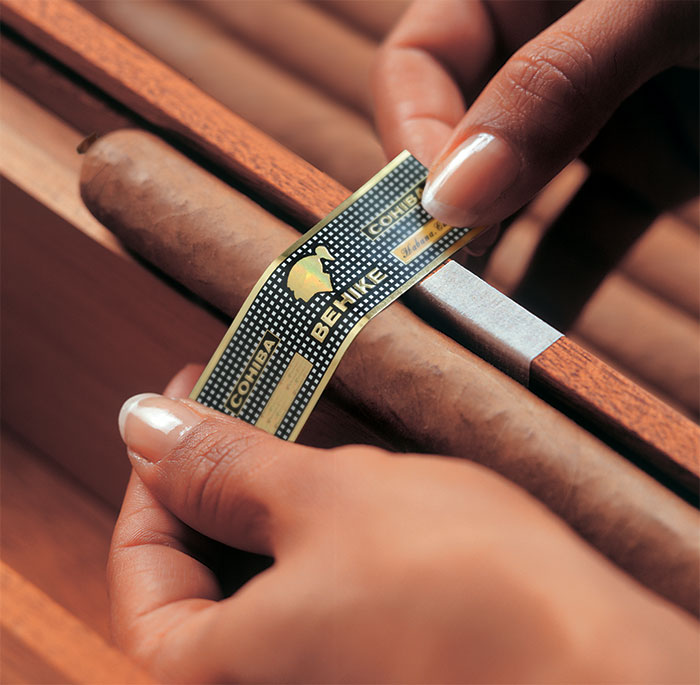 The Cohiba Behike band, which was the first in the world to incorporate two individual hologramsto help smokers identify the genuine product.

The Anilladora – or ‘bander’ – delicately applies a band to each Habano and places them in their part-dressed box, following the  arrangement in every detail: same face upwards with the band appropriately aligned, and the same order left to right. 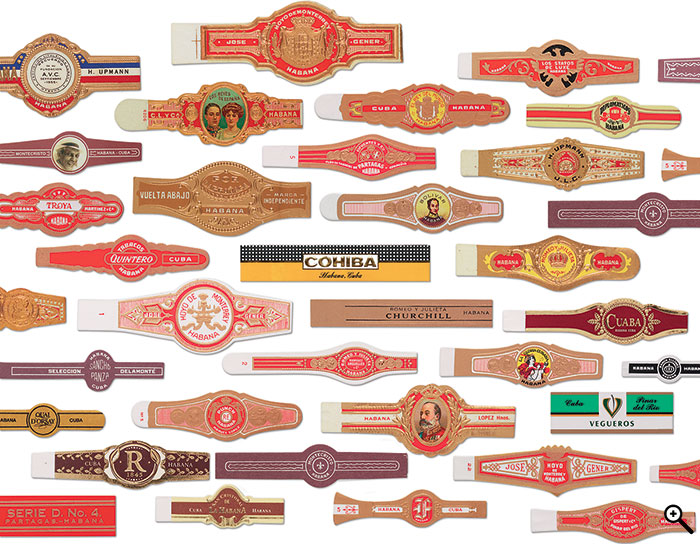 Habanos bands from the past and present are highly collectable.

Sorting the colours
Dressing the box
1492