Last December 11th, 2021, it was held in the city of Medellín, Colombia; the first Habanos World Challenge organized by Caribe Imports, Exclusive Distributor for Habanos S.A., Corporación in that territory. The event was led by Javier Velasco Triana, Sales Representative and trainer of the Habanos Academy for Colombia, who has passed the Habanos Academy Master’s course in the country. 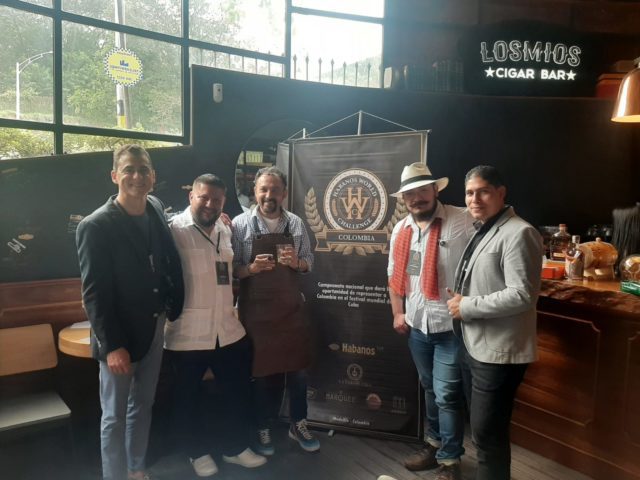 For the development of this competition, the venues were La Tabaquería, Los Míos Cigar Bar and the Hotel Marquee, in which five couples were participated, who underwent a written test of 35 questions that included the topics: El and its brands, launches… and a practical test that consisted of cutting and lighting a Habano of your choice (Siglo V Cohiba). To do this, the contestants used the necessary tools for the development of the cut and lighting such as the cedar sheet and thus achieve, in addition to a perfect lighting, appreciate the organoleptic characteristics of the Habano.

At the Hotel Marquee, located a few blocks from La Tabaquería, Los Míos Cigar Bar, with its well-located terrace and conditions of service, organization and layout, allowed both the jury and the contestant couples to present the last two phases of the contest, which they consisted of the blind tasting and the pairing presentation. 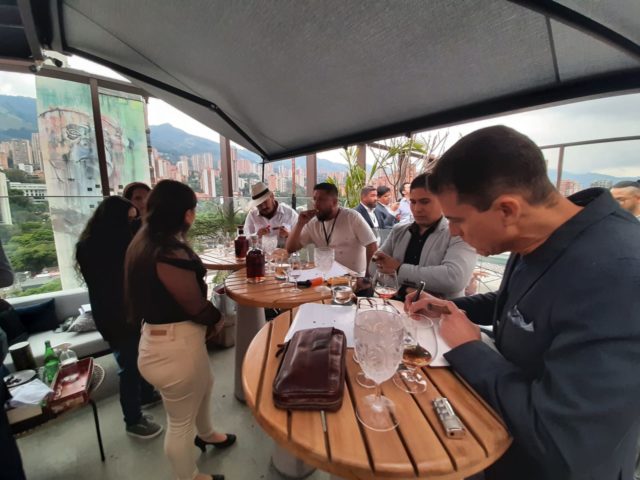 For the blind tasting, each couple was given two Habanos without a ring and in a sealed envelope, so that, in a maximum time of 25 minutes and using their visual, olfactory and even tactile perception, they could identify: 1. Vitola de Galera; 2. Vitola de salida and, 3. Brand; all this of course without any external support such as vitolario, guide texts or even rule.

As a last phase, each couple had to present a pairing with Colombian products to accompany the Habano chosen among some highly appreciated such as the Cohiba Medio Siglo, Hoyo de Monterrey Epicure No. 2 or the Trinidad Vigía, among others. 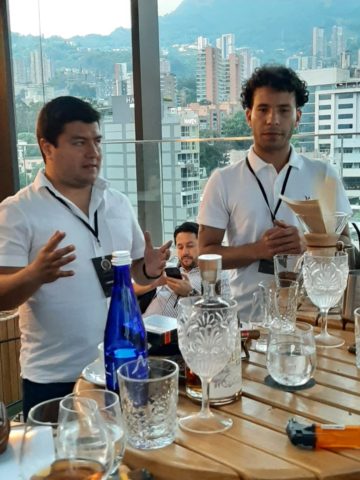 The jury chosen for this Habanos World Challenge was made up of: JAVIER VELASCO (Comercial), from the company Caribe Imports  Colombia, MANUEL SANTIAGO from IEPT (creator of the 1910 brand) (Mexico), and BRANLIS INFANTE from Cuba. (Habanos Sommelier) and RICHEY MORIN (sommelier of La Triada store in Cuba). 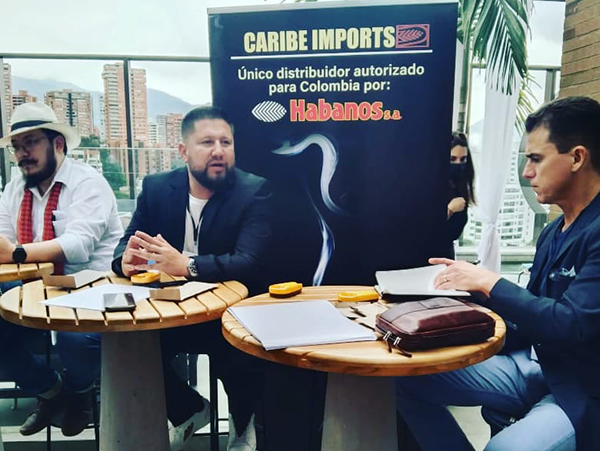 After the difficult deliberation of the jury, it turned out that there was a tie between two couples, so it was necessary to do a last additional phase, which consisted of a round of questions about knowledge about Habano to achieve the final tiebreaker. After such an even competition that everyone present enjoyed, the winners were: BYRON DAVID MONROY BARRETO (CEO of the La Tabaqueria Bogotá) and ANDRES FELIPE DIAZ FLORIAN of (Master in coffee and manager of STARBUCKS) who will be the representatives for Colombia in the international contest Habanos World Challenge organized by Habanos, S.A. 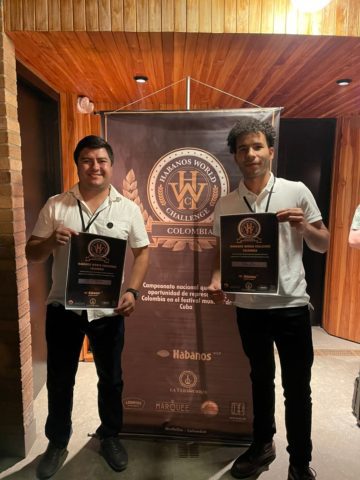