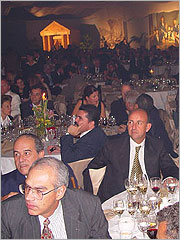 The Fifth International Cigar Festival rolled down the curtain last Feb. 28 with a gala dinner held in Pabexpo Fairgrounds. All participants and invitees –who spent the last five days delving into the mythical and larger-than-life realm of Cuban cigars- attended the closing ceremony.

Besides sampling the best stogies and reveling in an exquisite and very special dinner, all eyes were fixed on the stage for the traditional annual auction. The money collected here was funneled into Cuba’s health care system.

Some art showpieces inspired on the 510th anniversary of tobacco’s arrival in the Old World, plus cases of cigar brands highly coveted all around the globe, were sold under the gavel and in the face of compulsive bidders looking for the ultimate puff. 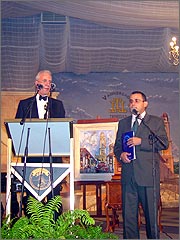 With the closing gala dinner, the Fifth International Cigar Festival goes down in the records books as one of the greatest editions ever of an event in which people from all ideological stripes around the world come together to enjoy and pay tribute to the best cigar under the sun.