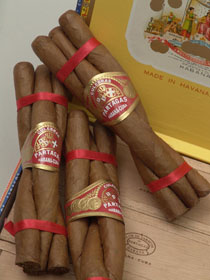 Habanos, S.A. is pleased to present the Culebras from Partagás.

A Partagás is immediately recognisable by its deep, earthy flavour. The character of its blend springs from a selection of tobaccos from the  region chosen for their unmistakable richness of flavour and aroma. Habanos from Partagás come in a wide array of shapes and sizes. The best known are the , the  and the , a cigar that is named after the way it is arranged in its box. , a pyramid has rapidly joined to this list as well.

The origin of this peculiar size lies in the daily smokes given to the rollers in the Nineteenth Century.

They were allowed to have 3 twisted cigars to take with them, tied on the tips just coming from the roller’s bench (when the cigars were still wet) thus resembling a snake (culebra) This brand that stands out for its unique flavour and character, its high quality standards at every stage and a brand image with lot of character, elegance and tradition is bringing this size back, now totally made by hand. 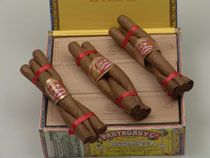 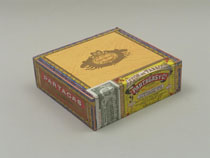 A short yet pleasant smoke along its dimensions (girth 39 and 146 mm long) with a woody, sweet taste that surely will be the delight of the Habanos lovers worldwide. 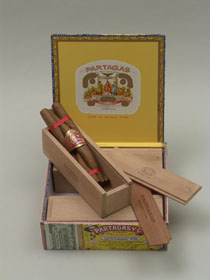 This new size will be available in the next weeks only in La Casa del Habano throughout the world.