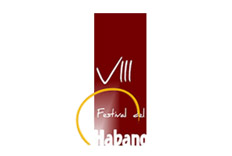 Havana, February 10th, 2006. – For eight years in a row, Cuba renders tribute to its most distinguished and exclusive product: the Habano. From February 27 to March 3, 2006, the Cuban capital will host the Eight Habano Festival, a mandatory visit for cigar lovers all over the world, who return to the island every year to enjoy the pleasures stemming from a culture rooted in centuries of experience.

This year, the Habano Cigar Festival celebrates the 40th anniversary of Cohiba; the elite brand of the Habanos. The extensive programme of the 8th Habano Festival will start on February 27, with a spectacular Welcome Evening at the Gran Teatro de la Habana, and will close on March 3rd, with the traditional gala dinner, dedicated this time to Cohiba’s 40th anniversary.

Romeo y Julieta is celebrating its 131st anniversary, and the Habano Festival has staged an extraordinary celebration: The Ballet Nacional de Cuba, directed by Alicia Alonso, will perform “Shakespeare and his masks” at the Gran Teatro de La Habana. Later, the new and long-awaited Short Churchills size will be presented, the Robust that the Romeo and Julieta range of vitolas was lacking, and the new image of the brand’s cigar tubes.

Many unique events will be held throughout the week, such as the Habanosommelier International Contest, now in its fifth edition, and gaining fast a strong following from the growing number of enthusiasts who ask sommeliers for advice when choosing a Habano.

This international competition is for the winners of the national sommeliers championships held in different countries organized by the network of Exclusive Dealers. For the first time, a Spanish woman sommelier will compete: Manuela Romeralo, sommelier at the La Sucursal restaurant in Valencia, winner of the 5th edition of the National Montecristo Habanos Tasting Competition.

In the grand final, competitors will face a theory exam in which they have to demonstrate their knowledge of the different brands and vitolas. The finalists will then go on to a practical test involving cutting and lighting Habanos, a cigar tasting session and combining Habanos with a range of different liquors.

This year, the Habano Festival will feature for the first time the Armagnac Habano Trophy and the Cigar Roller competition. The preliminary rounds of the competition started last September in France and the finalists will compete in the final. Cuba is the traditional home of the totally hand-made cigars, and has developed over the years a tradition of cigar rollers (“torcedores”). They will compete for the first time in a cigar-rolling contest, with the aid of the very tools the experts use: a wooden board, a little discutting, a flat blade, a guillotine, vegetable glue and a template (“cepo”) to check the length and girth of the cigar.

For connoisseurs, the making of a cigar is as important as smoking it. A ritual is necessary to turn smoking a Habano into a true experience of the senses.

From February 27th to March 3rd, Havana will spare no effort in showing the virtues of Habanos to the whole world. Hence, the Festival organizes a Trade Fair attended by the leading industry professionals who buy and sell all kinds of Habano cigar-related items, as well as gourmet and luxury products.

Pinar del Río
With the best soil in the world for growing tobacco, Cuba has only a few fields, or “Vegas”, that are considered suitable for growing the kind of tobacco used to make Habanos. Every year, the Festival organizes a visit to one of these growing areas; this year, participants will visit Vuelta Abajo region, in the province of Pinar del Río, where some of the most prestigious plantations of the whole world can be found.

Visit to El Laguito Tobacco Factory
A traditional part of the Festival program is a visit to a cigar factory, offering visitors an overview of the complete process of manufacturing a Habano. This year, a visit has been organized to the mythical El Laguito Cigar Factory, production site of the prestigious Cohiba brand, where the best cigars in the world are manufactured.

Distributor’s Night
Due to the great expectations raised around this event, Habanos s.a. and Diadema spa will organize a night dedicated to habanos and the Italian market. Under a relaxed atmosphere but with excellence and “Sapore Habanos” we will enjoy an unforgettable night. The presence of the Italian Chef Mr. Massimo Botura – 2 Michelin stars – will give the Gourmet touch to a delightful Italian dinner.

The grand finale
The 8th Habano Festival reaches its climax on March 3, which will celebrate this year the 40th anniversary of its elite brand, Cohiba. The Gala Dinner will be a gathering of prominent cigar lovers from all over the world. This is a very special event, which holds almost 800 people, an unforgettable night in an atmosphere of glamour, sparkle and charm.

There will, of course, be the traditional ceremony to award the Habanos 2005 Prizes in different categories: Production, Communication and Business. Another highlight of this Gala Dinner is the long awaited Auction of Humidors, outstanding works of Cuban artisans, holding inside an assortment of cigars manufactured specially for the occasion. As it is customary since the first edition of the Festival, the funds raised from the bidding will go to the Cuban Public Health System.