A new store of La Casa del Habano, the franchise store chain of Habanos s.a., was opened by Caracol S.A.. 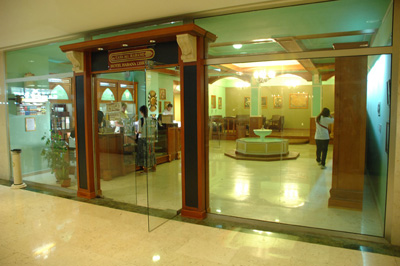 This new store is located in Habana Libre Hotel lobby at L street between 23th and 25th in Havana, Cuba. It incorporates the best service for all 27 Habanos brands enthusiasts, with a large “walk-in humidor” and the classic personal lockers were Habanos are kept in the best conditions.

This new store has a surface of 170 square meters.

The opening ceremony and cocktail that followed it was held during the XII Habanos Festival and with the presence of Mr. Oscar Gonzalez, President of Caracol S.A. and Mr Javier Terrés Ercilla Vice-president of Habanos, S.A..