Rome, April 4 – (Adnkronos) The Finance Guard of the Provincial Command of Rome, collaborating with the staff of the Anti-Fraud Goods Office of the Customs Agency of Rome 2, at the Leonardo Da Vinci airport di Fiumicino (Rome), has discovered and seized over a ton of counterfeit Cuban cigars during the customs control on some commercial shipments in the area of goods called “Cargo City”. 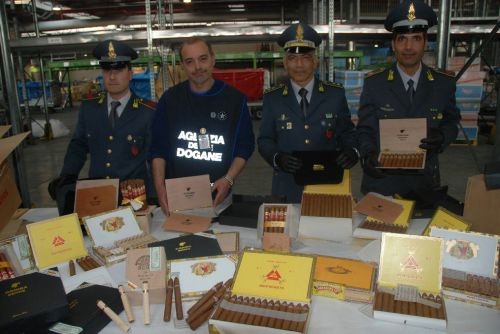 The cargo was hidden in cardboard boxes that officially contained eggs, but the police officers of the Guardia di Finanza di Fiumicino not convinced by this appearance, decided to inspect thoroughly the cargo, determining that it contained cigars of the most relevant trademarks (Cohiba, Montecristo and Romeo y Julieta), most of them without the brands or with stealing of the identifying seals of the consignment.

The two consignments, containing a total of 63 boxes with an approximate weight of more than one ton, once introduced into the market would reach a commercial value of more than one million euros. Based on the data reports on the packaging and the cigar, and with the collaboration and technical assessment of authorized consultants and technicians, the goods has been seized. Investigations are still ongoing to certify the quality of the tobacco leaf used for making this cigars in order to verify the possible harmfulness for the health of the consumers. 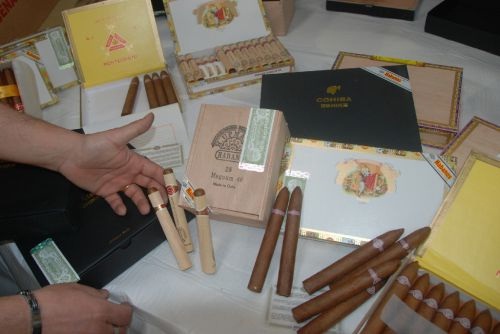