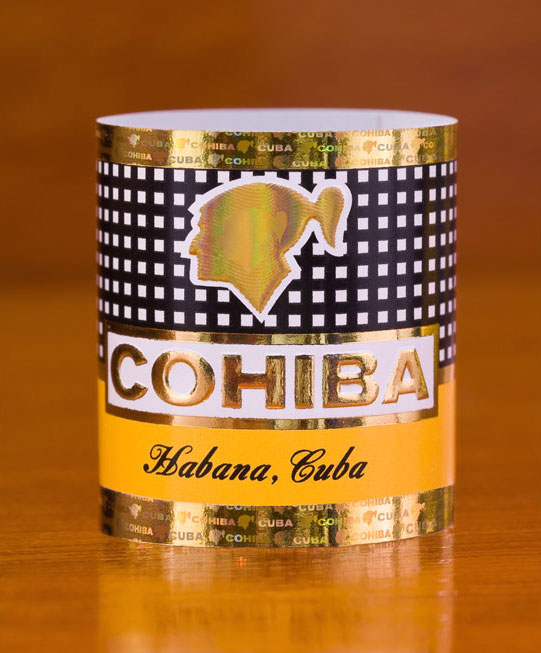 Cohiba is the Habanos flagship, and the most prestigious brand in the tobacco world. The brand was created in 1966, and was solely available as gifts for heads of state and visiting diplomats, and of course, for President Fidel Castro for many years. Since then, its production has taken place in the prestigious “El Laguito” factory, in Havana, Cuba.

The new band for the Línea Behike presented in 2010 incorporated very advanced technological techniques and additional security measures, which established a new technological trend in the bands of the Cohiba brand as well as in the cigar industry worldwide.

The new band of Cohiba, now extends to all vitolas –sizes- of Líneas 1492 and Clásica was introduced for the first time with the release of Piramides Extra.

This new band incorporates a new hologram design that can be certified, as well as other increased security measures that allow a better traceability of each Habano of the brand. 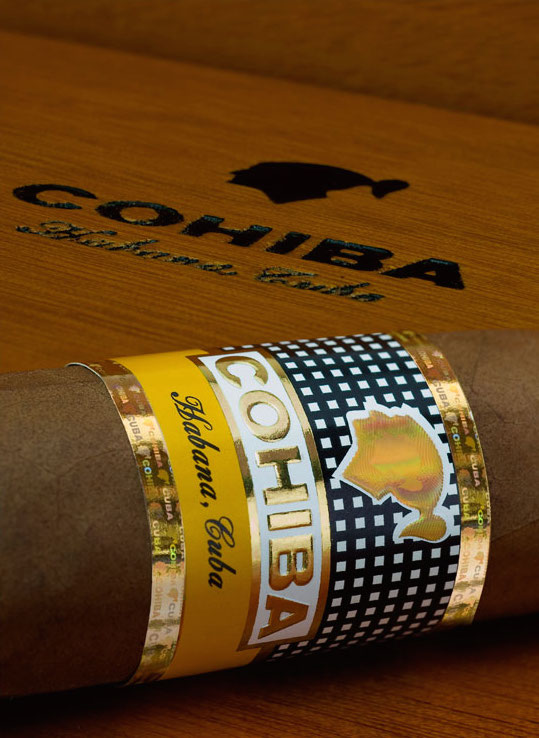 The vitolas of Líneas Clásica and 1492 with the new band will be arriving progressively to the different points of sale around the world in the next weeks.

The old and new bands will coexist in the points of sale worldwide for some months.

For local information, please contact the Exclusive Distributor of Habanos in your territory.