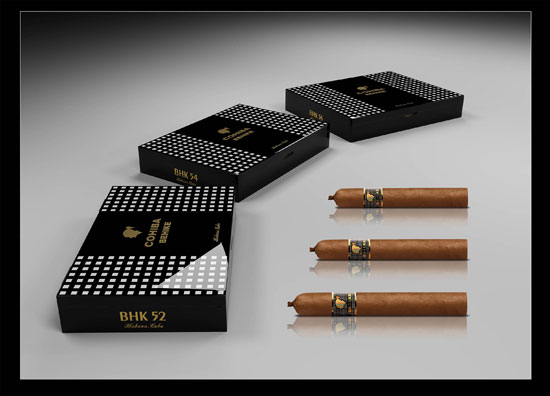 Cohiba Behike, “Cohiba’s best kept secret”, was disclosed as a new Linea of Cohiba in 2010 during the 12th Festival del Habano. The new Cohiba Behike, which accompanies since the other lines already existing in Cohiba, is the most exclusive línea of Habanos.

Cohiba Behike, is produced each year in extremely limited quantities. Its blend incorporated for the first time the ““, a leaf that attributes to the cigar exceptional character and flavor.

Behike is considered since the ultimate expression of the taste and aroma of the Habano.

Since it was launched in 2010, the Behike bands bear the Cohiba Indian head in an embossed holographic paper, including an exclusive security hologram in each one of them.

This new band design established a new technological trend in the way the bands of Cohiba would look in the future.

Now in 2014 the Behike band incorporates a new hologram design with increased security measures which permit a better traceability of each band and cigar.

The rest of the band stays with the same design and shape.

The old and new band’s hologram will coexist in the market during a few months.

If you need any complementary information please contact your authorized retailer, official distributor in your territory or directly Habanos s.a.