Founded in 1844, H. Upmann presents the first Reserva in its long history with the Upmann No. 2 vitola, a Pira?mide that is one of the symbols of the brand.

To make these Habanos, selected leaves from the 2010  harvest were aged for 3 years.

Herman Upmann was a German banker whose love of Habanos led to him settling in Havana in 1840. He founded a bank and a Habanos factory in 1844. The bank closed but the Habanos brand continues today and is considered a model amongst the most refined Habanos, with a medium strength flavour.

The gold medals that adorn the box were won by the brand in no less than eleven international fairs during the 19th century and are still a characteristic feature of the brand in the 21st century.

With vitolas characterised by a light to medium flavour, the Habanos in the Magnum Line are very well-known. The traditional was eventually joined by the , which was launched in 2008. Other significant vitolas are ,  and, among the small vitolas,  and , launched in 2011. In 2013, the Connoisseur A vitola was introduced exclusively for La Casa del Habano shops, modernising and enhancing the image of this Line with a new band. 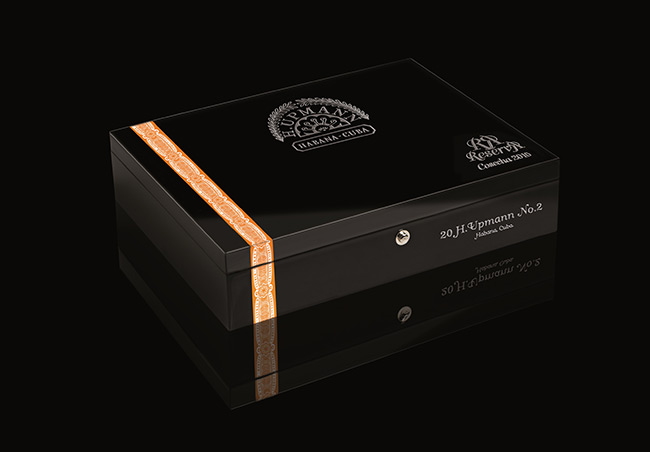 With a long and fascinating history that has recently been the focus of study by aficionados and historians, this is the first Reserva to be introduced by the brand in the 170 years since it was founded.

Upmann No. 2 is the emblematic vitola selected by Habanos s.a. for its launch of the first H. Upmann Reserva.

Pira?mides, ring gauge 52 (20.64 mm) x 156 mm length, figurado format -tapered at one end-, is a vitola of reference which allows enjoy throughout the classic and elegant blend of H. Upmann.

These Habanos are Totalmente a Mano con Tripa Larga -Totally hand made with Long Filler, with tobacco leaves (capa -wrapper-, capote -binder- and tripa -filler-) from 2010 harvest of the best vegas -fields- in the tobacco world, , in Pinar del Ri?o* (D.O.P.), Cuba.

The leaves from the 2010 harvest that make up the Upmann No. 2 Reserva have been selected by the H. Upmann factory under the supervision of the Instituto de Investigaciones del Tabaco -Tobacco Research Institute-.

The blend has been selected by expert Ligadores -Master Blenders- and evaluated by more than 50 expert catadores -tasters- in joint tastings organised by the Instituto del Tabaco -Tobacco Institute-. These tasters include members of the  -National Tasting Commission- from the most prestigious factories in Cuba and experts from the Cuban Industry and Habanos s.a., with all of the organoleptic conditions of the proposed blends being assessed.

The tripa -filler- and capote -binder- leaves (, and), and also the capa -wrapper- leaves, that are used in the blend for this first Reserva, have been subjected to a long and painstaking three-year ageing process. 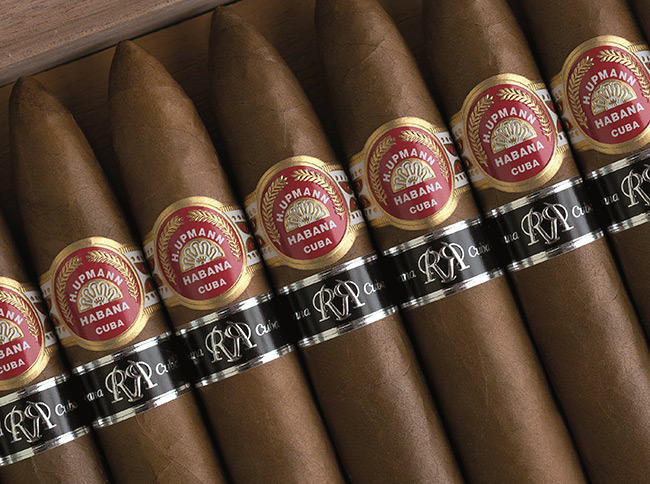 All the H. Upmann Reserva Habanos have been produced  con  -Totally by Hand with Long Filler- by the H. Upmann factory’s most experienced torcedores -cigar rollers-.

This first H. Upmann Reserva has been exclusively produced in 5,000 individually numbered and lacquered cases, as attested to by the numbered plaques inside the lid of each case, which contains 20 units.

This Reserva has been conceived by Habanos lovers and will become a collectable item as soon as it is released onto the market due to its limited availability and exclusivity.