The name Trinidad is a tribute to the settlement called Santi?sima Trinidad on the southern coast of Cuba, which was built in the 16th century and has been declared a UNESCO World Heritage site.

The origins of Trinidad as a Habanos brand go back to 1969 and for many years, much like the Cohiba brand, it was used exclusively as a gift from the Cuban state to senior overseas dignitaries. It was in 1998 that the brand was made available to smokers all over the world, but even then only in very small quantities.

For a long time Trinidad Habanos were made at El Laguito, the historic Cohiba factory, always with the highly distinctive blend of tripa -filler- and capote -binder- selected from the  zone, making them unique and highly exclusive. 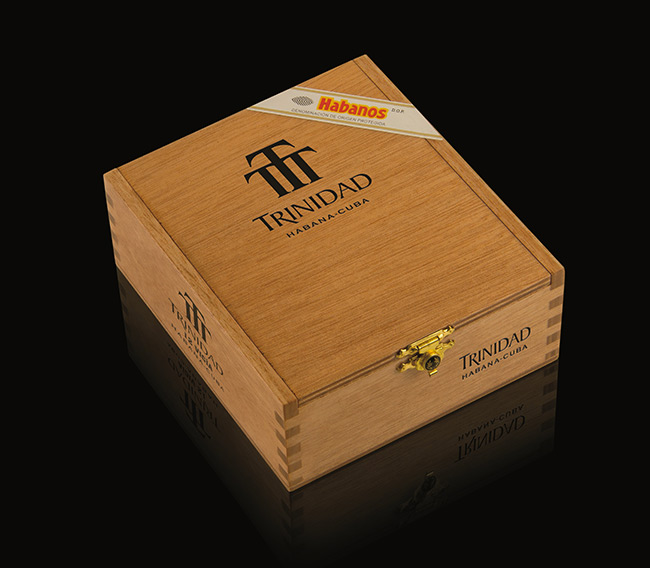 Nowadays they are made in Pinar del Ri?o, the largest city in the  tobacco zone, still adhering to the principles of quality and exclusivity that have always marked it out.

Initially, the brand had just one vitola:. In 2003, it expanded its range with the launch of, and . A new brand image was also introduced, which was more modern and in keeping with the exceptional quality of its Habanos. In 2009,  was introduced to complete the brand’s range. 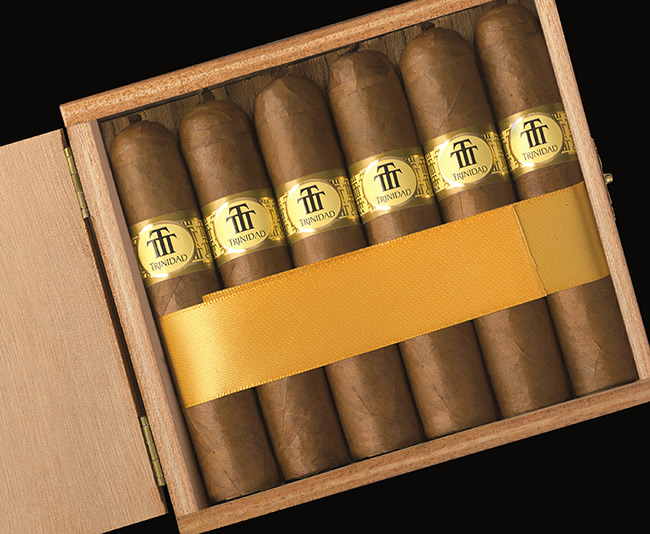 In 2012  and stopped being made and now, in 2014, on the occasion of the XVI Habanos Festival, the new Vigi?a vitola is being introduced -Vitola de Galera -Factory Name- Torres (ring gauge 54 x 110 mm length)- which is aimed at filling the gap left by these 2 vitolas, which were so popular among enthusiasts of the Trinidad brand.

Both the Vitola de Galera -Factory Name- Torres and the Vitola de Salida -Market Name- Vigi?a transport our imagination to the city of Trinidad and the area bordering the Valle de los Ingenios, on the southern coast of Cuba, where the imposing watchtowers, which were erected to observe the sugar cane plantations, dominate the cropland and make you dream of the beautiful landscape of the city and its surrounds.

This heavy ring gauge, short Habano allows the exclusive Trinidad flavour to be enjoyed in a new way that will no doubt be well-received by lovers of this brand and format, which are enjoying huge success in recent years.