O´Reilly is the special vitola created for the Habanos Collection 2009.
The new size renders tribute to a street of la “Habana Vieja”, the most historic part of the city.

For those Habanos enthusiast’s who seek special productions which instantly become collectible items due to its craftmenship and limited availability, we introduce the Volume IX of the “Habanos Collection”.

This case is dedicated on this occasion to the San Cristóbal de La Habana brand. The vitola O´Reilly has been selected for this production of only 1000 exclusive cases aimed at the Franchise Network LA CASA DEL HABANO worldwide. 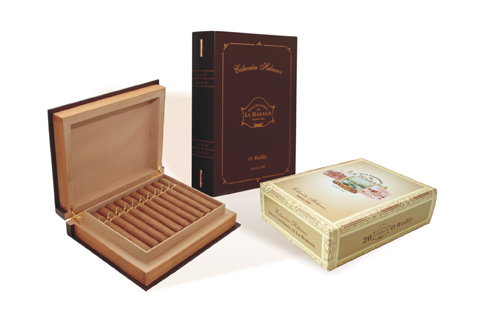 San Cristóbal de La Habana is a Habanos brand created in 1999. Its name pays homage to the city that gave origin to the Habanos denomination. From its magnificent seaport left this sought-after product to conquer the world.

O’Reilly is name of the vitola that Habanos, S.A. introduces in this new volume of the “Habanos Collection”. As the rest of the brand portfolio, the blend of these 20 O’Reilly maintains the characteristic flavour of the brand, balanced and extremely aromatic. All O’Reilly have been totally made by hand with selected leaves of , Pinar del Río, the region of Cuba tobacco where the best tobacco of the world is harvested. 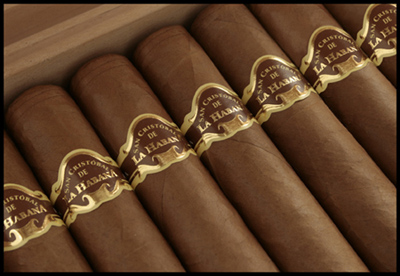 In 2009, the year of the tenth anniversary of the launching of San Cristóbal de La Habana as a brand of Habanos, this size pays tribute to one of the most popular Havana streets at the colonial period, and where Habanos, S.A. had its headquarters when it was created as a tobacco company.

This beautiful case is available at LA CASA DEL HABANO franchise stores worldwide; more than 145 shops around the world.