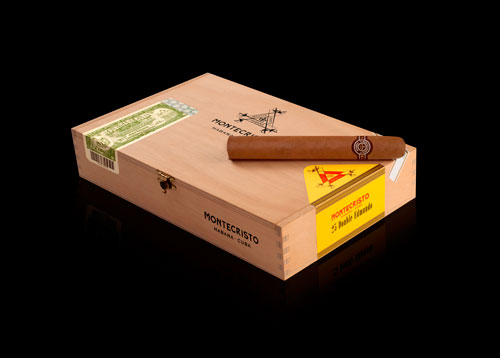 Montecristo, created in 1935, is one of the best known Habanos brands all over the world, internationally considered by many the reference of Habanos flavor.

In 2004 a new vitola was introduced into the Montecristo brand: Edmundo which was aimed at satisfying the demand for heavy ring gauge vitolas, and a shorter version, the Petit Edmundo, followed two years later.

This year, 2013, the Linea Edmundo grows with the arrival of the new vitola: Double Edmundo (ring gauge 50 and 155 mm length). This Habano will allow the classic blend of the Linea Edmundo full spectrum of aromas and flavours to be enjoyed in a smoking time of around an hour.

Montecristo Double Edmundo is arriving to the different points of sale in most of countries. This vitola is an offering to those who are able to enjoy their cigars at a more leisurely pace.

Montecristo Double Edmundo incorporates the new Montecristo ring, which being innovative in its design keeps at the same time the classic look of the brand.

The boxes of 10 and 25 units also carry a new protective bofetón (protective leaf of paper inside the box) as well as a papeleta (rectangular seal on the side of the box) in their presentations so that they can be easily identified in the shelves. These enhancements of the image will gradually be incorporated into the rest of the vitolas and packaging of the Línea Edmundo. 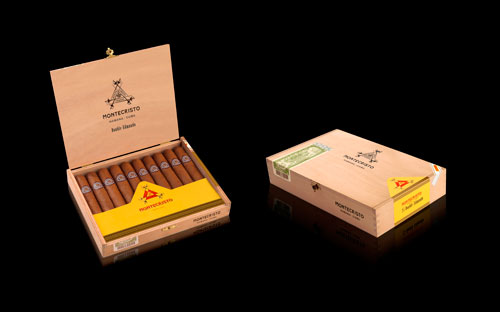 Replica of a Montecristo Ancient Humidor