On the evening of October 21st 2022, Phoenicia TAA Cyprus, Exclusive Distributor of Habanos for the Middle East, organized a very special gathering at the famous Nammos Limassol,under the flagship of “Herfing with Nammos”. A gourmet dinner which local and international aficionados/as could taste on the occasion of presentation of the launches of La Gloria Cubana Glorias and the new regional edition for Cyprus and Greece, the Sancho Panza ΟΜΗΡΟΣ. 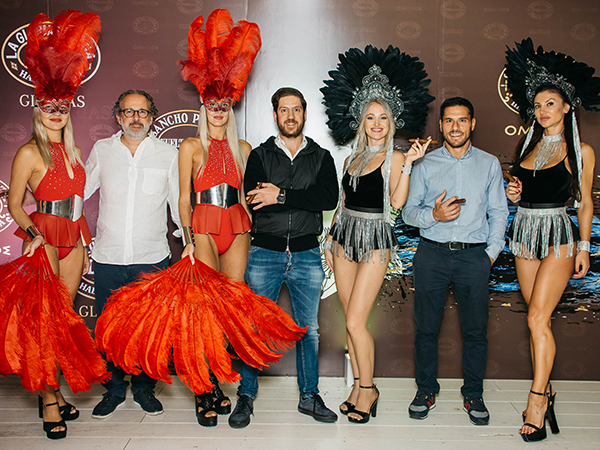 The celebration began with a welcome cocktail where guests were greeted with the first Habano of the evening: Sancho Panza Belicosos (52 ring gauge x 140 mm length). A perfect Habano to start reveling the pleasant aroma of the brand along with a glass of champagne and a choice of six cocktails exclusively made for the occasion. 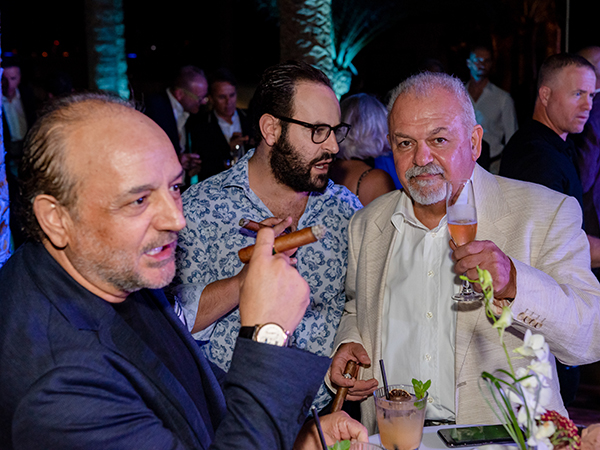 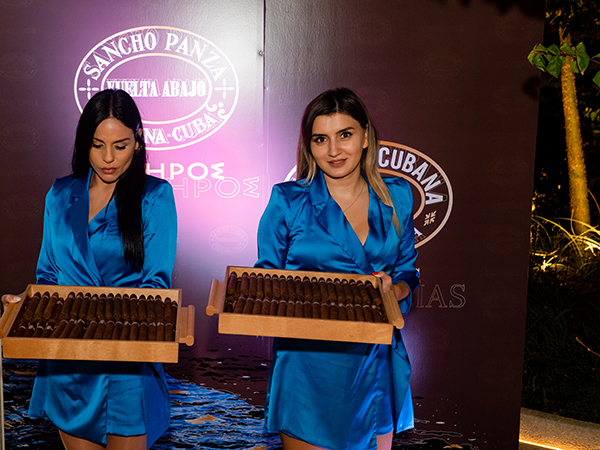 During the cocktail, a live cello performance took place, while Cuban themed visuals played on screens in the background, a moment where Habano aficionados from Cyprus had the chance to meet members of social networking groups like Habanos Club Greece, Lebanon, Italy, and Serbia, who attended the event and enriched the atmosphere with their presence. 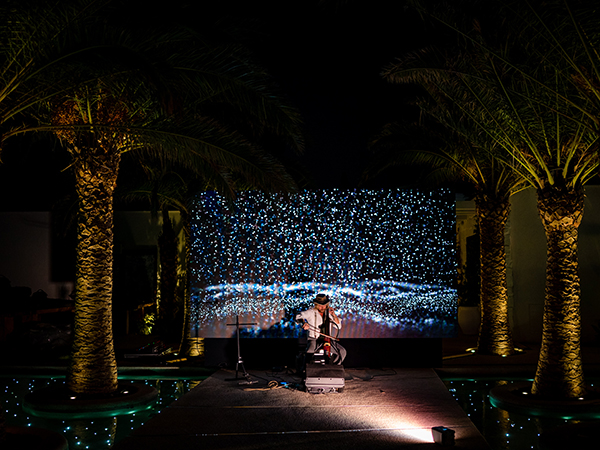 A dance show performance and violin trio recital kicked off the evening, welcomed to Mr. Stelios Ioannou, General Manager of Phoenicia Fereos, took the stage to introduce one of the two protagonist Habanos: La Gloria Cubana Glorias (49 ring gauge x 156 mm length) exclusive for La Casa del Habano, who dedicated some words to speak about the history of the brand as well as the details of the Glorias vitola. At the end of his speech, guests received a Habano La Gloria Cubana Glorias to be tasted while a video for the brand and product was showcased. 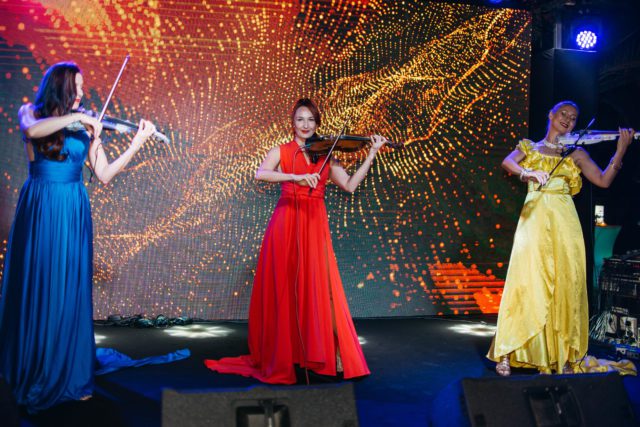 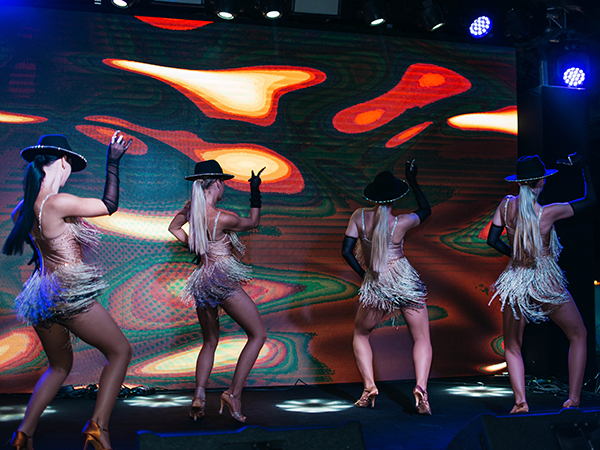 Dance performances again enlivened the evening, followed by recitals of a violin performance and a musical trio of harp, clarinet, and saxophone.

The celebration continued with the presentation of the long-awaited Regional Edition of Sancho Panza ΟΜΗΡΟΣ (54 ring gauge x 120 mm length). Two magnificent musical performances and Greek dances to honor the culture of the ethnicity shared between Cyprus and Greece preceded the presentation by Mr. Tonis Papalamprou, Master trainer by the Habano Academy. 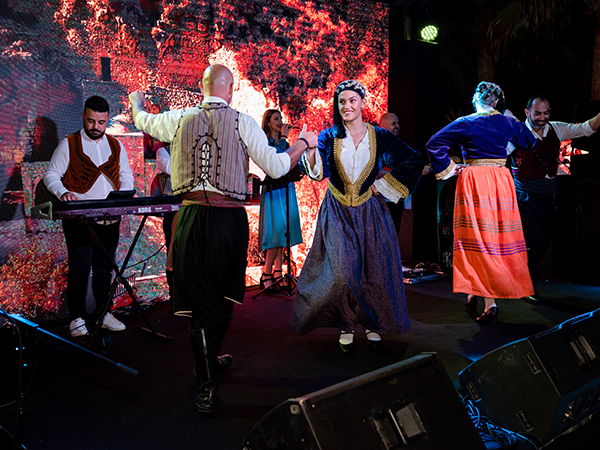 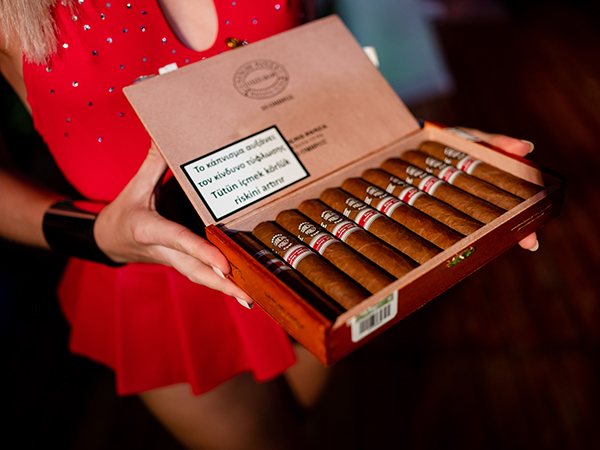 The brand’s historical and lyrical significance, whose name comes from the fictional character Sancho Panza from the renowned book of Don Quixote, as well as the name of the vitola inspired by the ancient Greek epical poet of Iliad and Odyssey, Homeros, were the main themes of the presentation. As his speech ended, a historical video about the Sancho Panza brand and specifically for the launch of ΟΜΗΡΟΣ lit up the screen, guiding guests through the details of this vitola, while fireworks decorated the sky by the sea for this celebration. Afterwards, each guest was offered a Habano ΟΜΗΡΟΣ for tasting. 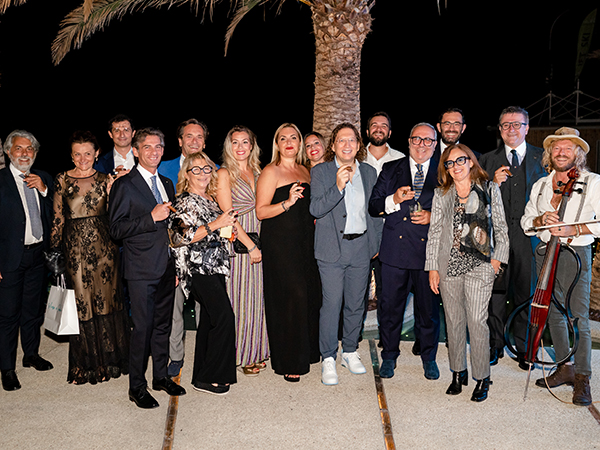 The Regional Edition Sancho Panza ΟΜΗΡΟΣ (54 ring gauge x 120 mm length), has been made especially for Cyprus and Greece markets.