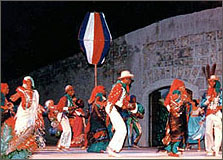 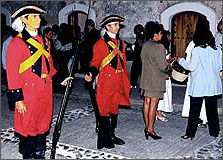 Music, attractive dishes and smoke at the opening of the Habano Festival