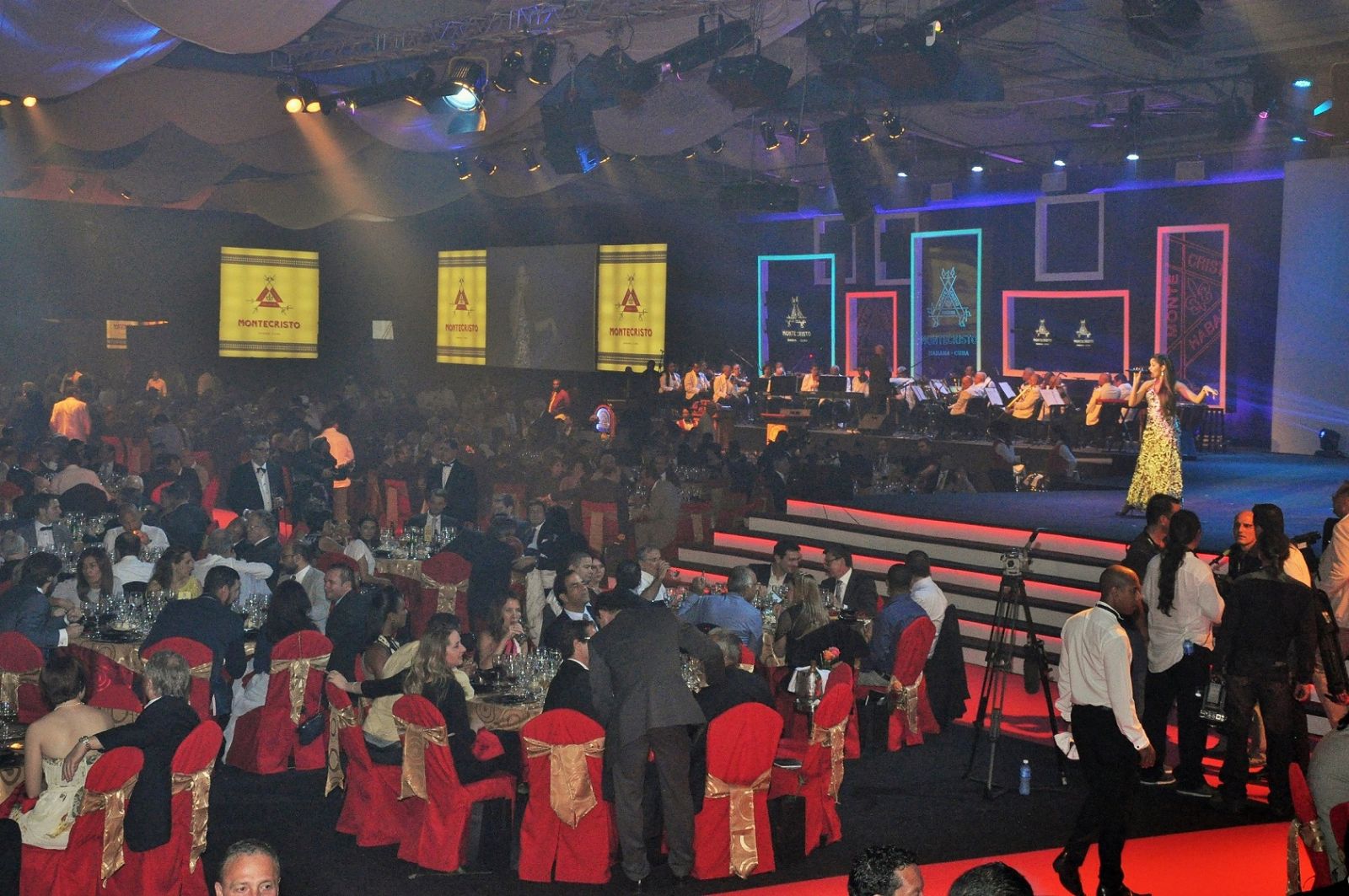 Havana, 28th of February 2015.– Cuba has once again witnessed the world’s largest Habano meeting. The Festival drew to a close with the Gala Evening, an event dedicated to the Montecristo brand, with global stars among the guests. Paris Hilton from the United States, and Top Model Naomi Campbell, dazzled everybody with their presence
after a hugely enjoyable week that included new activities, charming evenings, and the exclusive tasting of the new vitolas that Habanos s.a. has launched onto the market in 2015. More than 1,650 people from more than 60 countries made this journey to the roots of a century-old tradition on the island.

One of the highlights of the evening was the tasting of Montecristo 80 Aniversario, a unique vitola (ring gauge 55 x 165 mm in length) whose blend, with its special strength, has been created for smokers who enjoy intense flavours.

This edition of 30,000 units to commemorate the founding of the legendary brand, which was established in 1935, is presented in an exclusive, uniquely designed box of 20 Habanos, each bearing bands with a gold finish, especially for this occasion. Made  con , -Totally Handmade with Long Filler- after selecting exquisite wrapper, filler, and binder leaves from the best fields in the Vuelta Abajo* (Pinar del Río*), the Montecristo 80 Aniversario vitola has special dimensions that cannot be found in any other standard Habanos size range. 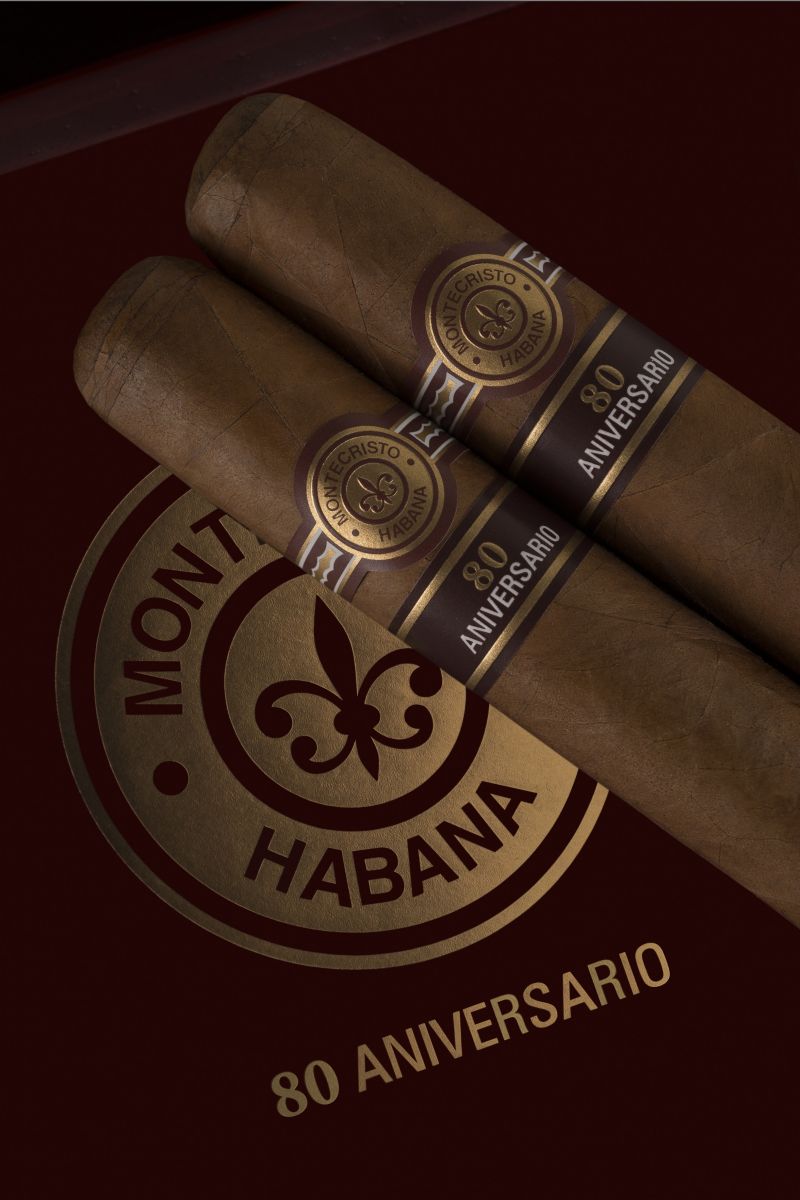 More than 740,000 dollars will be donated in full to the Cuban Public Health System, with the money raised from the traditional Grand Humidors Auction, where six unique lots from the Cohiba, Montecristo, Partagás, Romeo y Julieta, Hoyo de Monterrey, and H. Upmann brands went under the hammer. 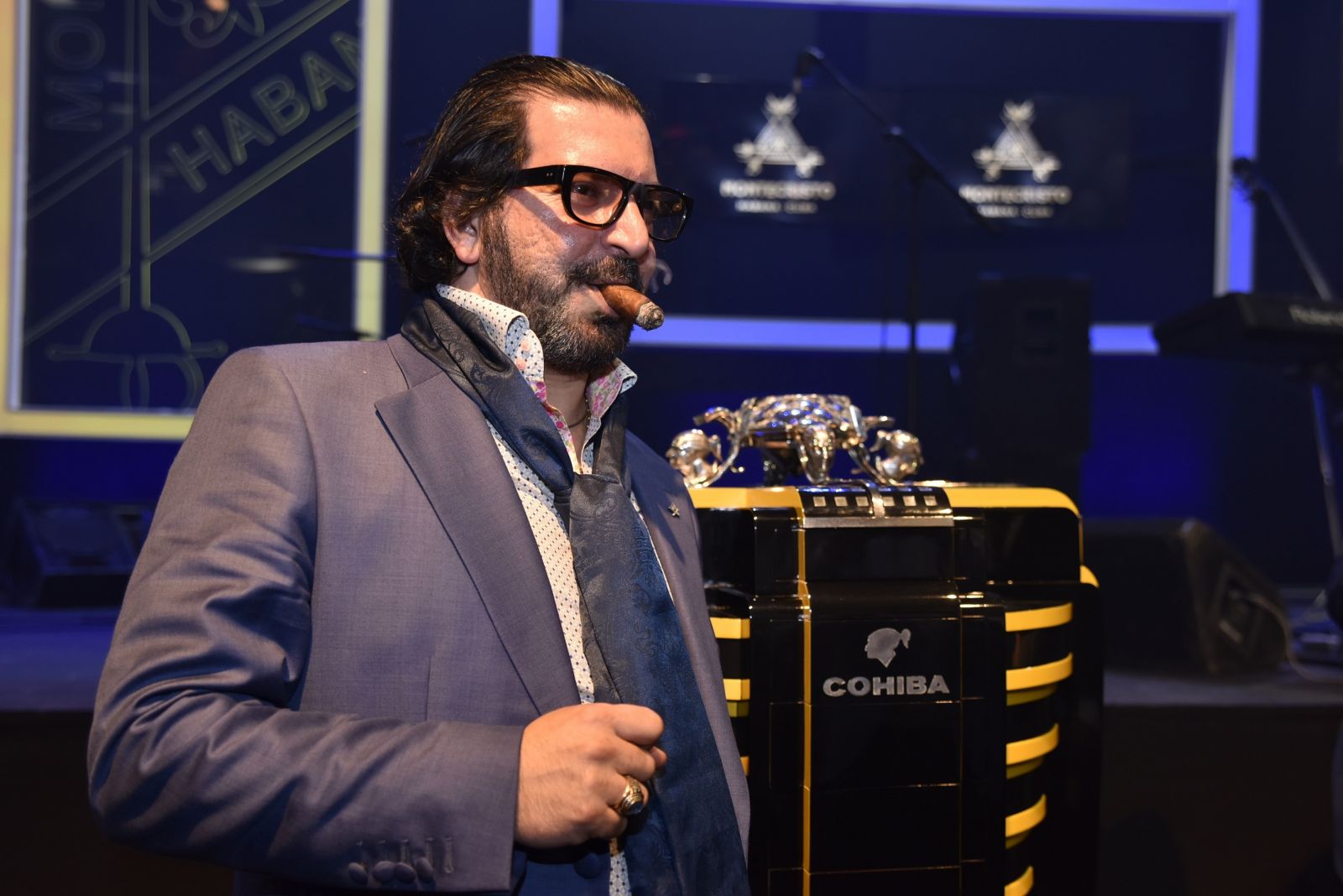 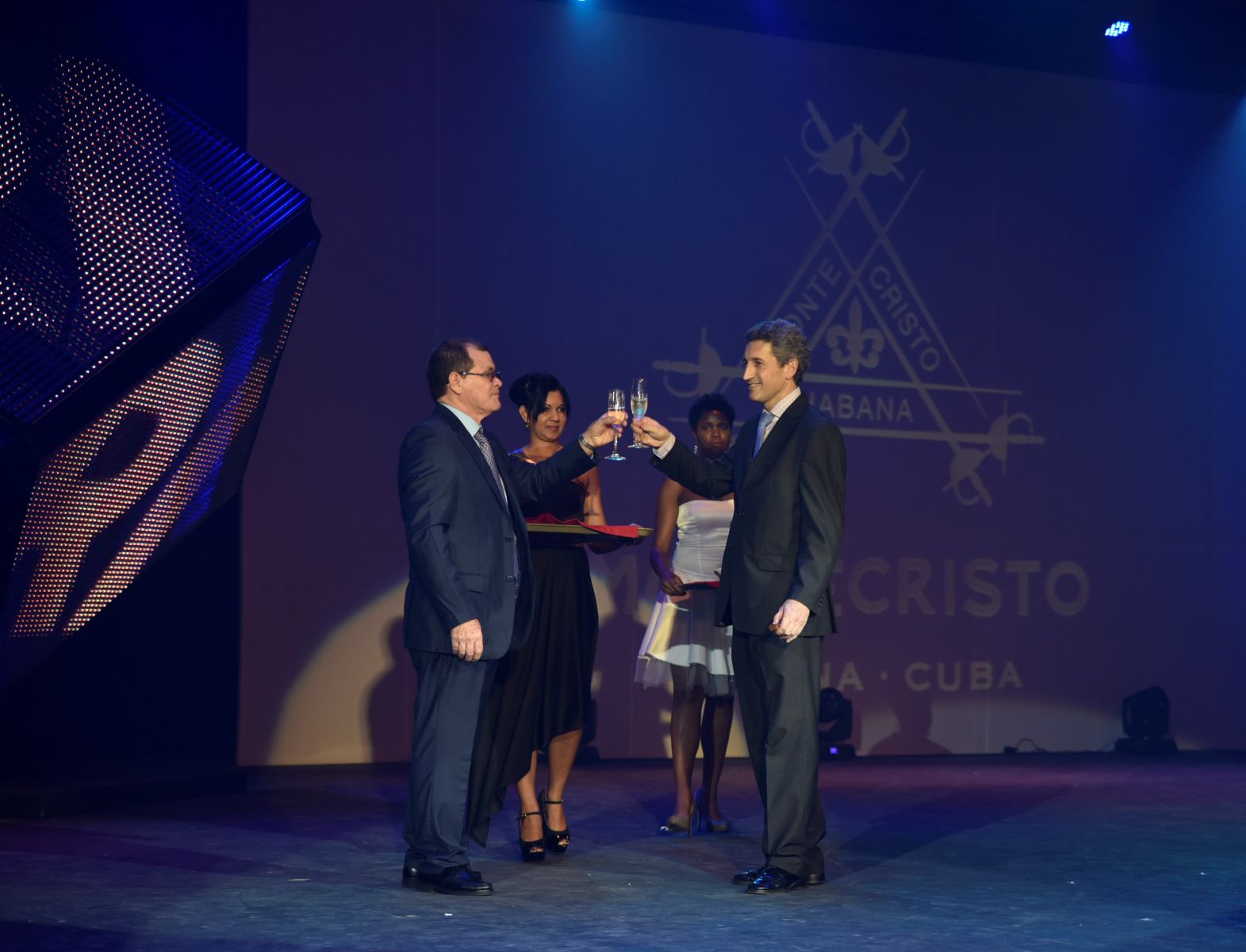 The evening also saw the award of the 2014 Habanos Prizes. The award in the Communication Category went to Gary Heathcott, the speaker and editor of publications such as Smoke and Tobacco Journal. The Habanos subdistributor in Chipre, George Fereos, was awarded the prize in the Business Category, and Rogelio Ortúzar, who has spent almost 40 years growing the best tobacco in the world, was the winner in the Production Category.

Brazil, represented by Walter Saens Rodríguez Neto, was victorious in the XIV Habanosommelier International Contest. Andrés Piñón from Cuba, and Lucas Tramontana from United Kingdom, came second and third, respectively. One of the most popular activities was the second edition of the longest ash competition, which was won by Ali Alrami from Kuwait.

A star-studded evening brings the Habanos Festival to a close