Phoenicia Trading, one of the biggest distributors of Habanos, SA, has presented two of the most anticipated regional editions for Lebanon, during its grand virtual event in celebration of its 40 years anniversary in business relation on this  last  June 23rd.

The actual event was initially planned during the last quarter of 2019, however due to the unrest in the area and the global hit on travel by Covid-19, it was postponed at the time, so Phoenicia decided to present the cigars virtually in a spectacular launch.

Grand figures of the cigar world participated as well, while the event heavily stood upon the historical and cultural foundations of Phoenicia and the inspirations behind the two regional editions.

Mr. Mohamed Zeidan, the Chairman of Phoenicia Trading, inaugurated the event to welcome all those who joined the event and was then followed by Mr. Walid Saleh (CEO of Phoenicia) and Mr. Antoine Bathie (Co-President of Coprova) who officially launched the Quai D’Orsay Baalbeck.

Baalbeck is a Habano with factory name Duke of  54 ring gauge x 140 mm length., it will be available in only 2,400 SLB boxes of 50 cigars; the first ever for a Quai D’Orsay release in a bundle of 50 cigars. As per its name, it is inspired by the homonymous temple complex in Lebanon, and it was presented upon a magnificent virtual stage of the temple that accentuated the cigar’s details. 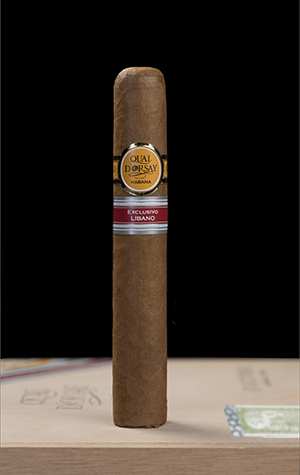 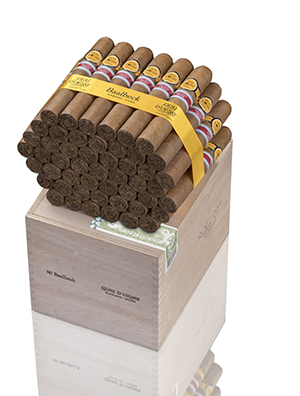 Habanos, S.A., fervently showed its support and appreciation of the shared fellowship between the two companies, as the Habanos Co-Presidents, Mr. Inocente Núñez Blanco and Mr. Luis Sánchez-Harguindey, joined as well by Mr. Leopoldo Cintra González and Mr. José María López Inchaurbe (Commercial and Development VicePresidents , respectively) then took the stage to speak of and share with the audience a tribute to Mr. Mohamed Zeidan and Phoenicia’s history.

The launching of the Ramón Allones Phoenicio 40 Anniversario was, certainly, the absolute climax of the event, drawing its grand reveal from the ancient history of the Phoenician heritage in the Levant and its inspirational impact on Phoenicia Trading itself.

Ramón Allones Phoenicio 40 with Sublimes factory name and 54 ring gauge x 164 mm length and aged for three years, they will be sold in boxes of 10 and 20 Habanos. 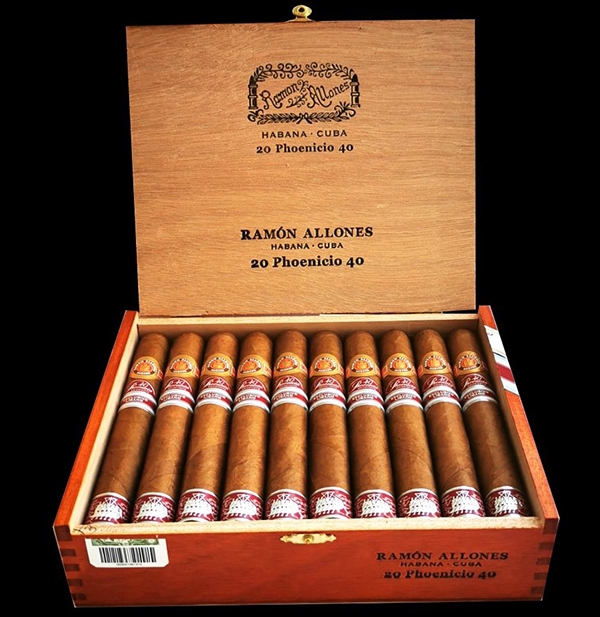 However, the most astounding surprise of all was the launch and presentation of five limited lines of humidors produced by Ellie Bleu exclusively for this regional edition, under the collection name of “Merchants and the Sea”. Four of the lines consist of 100 humidors containing 40 Habanos each, and the fifth line consisting of 40 humidors of 40 Habanos each.

The stunning lines of craftmanship are each named; “Phoenicians”, “Mediterranean”, “Volutes”, “Horizon” and “Journey”, all in different colors and designs, each carrying 40  Habanos of this regional edition and accompanied with a complimentary ashtray and lighter. 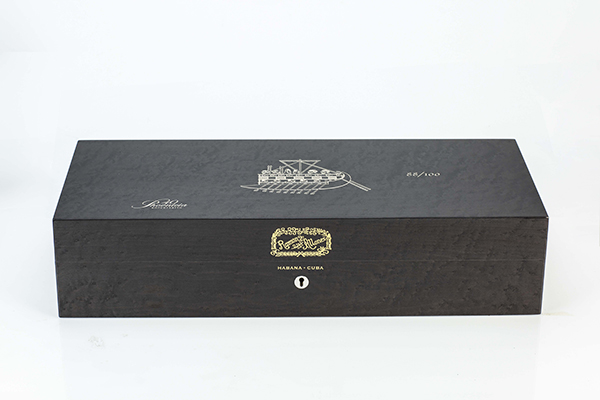 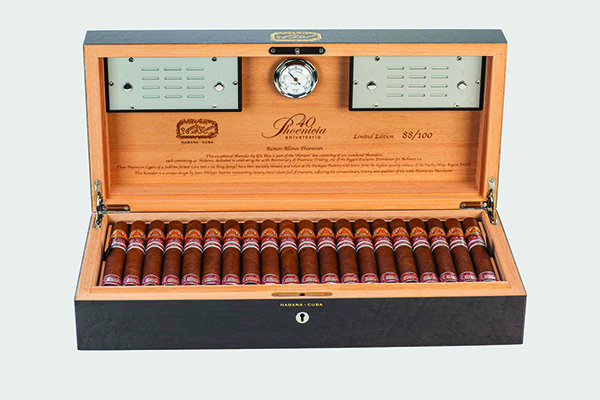 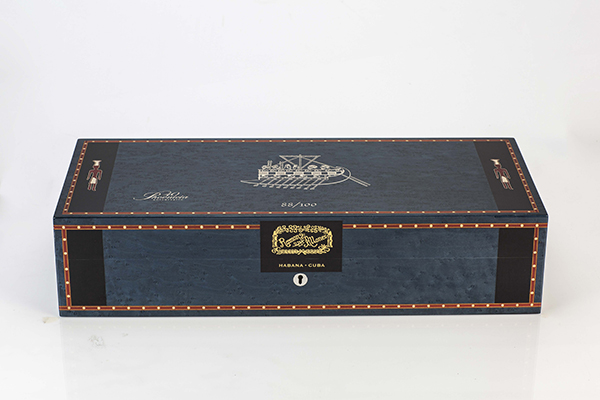 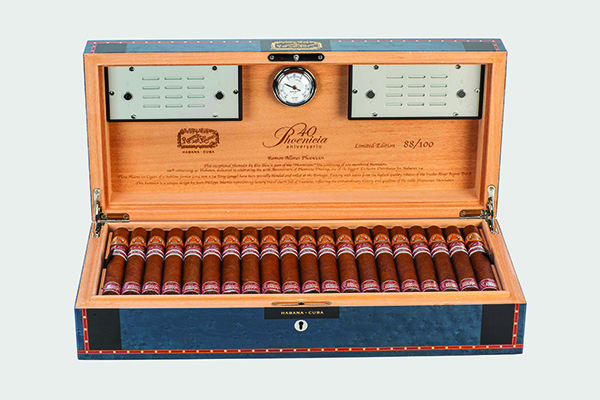 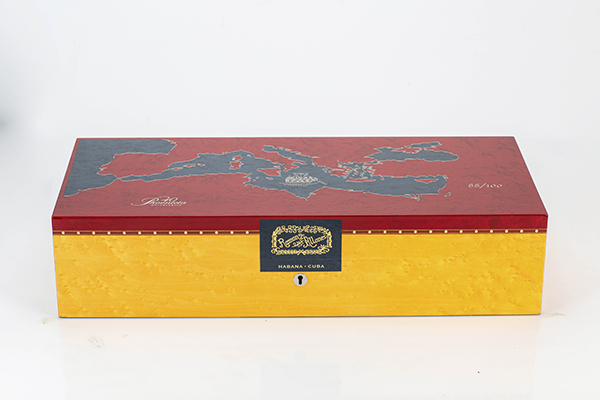 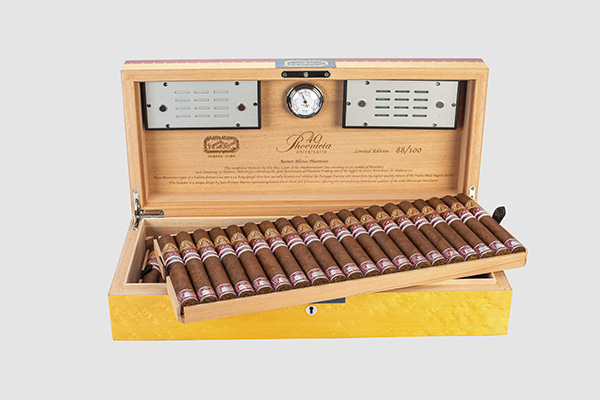 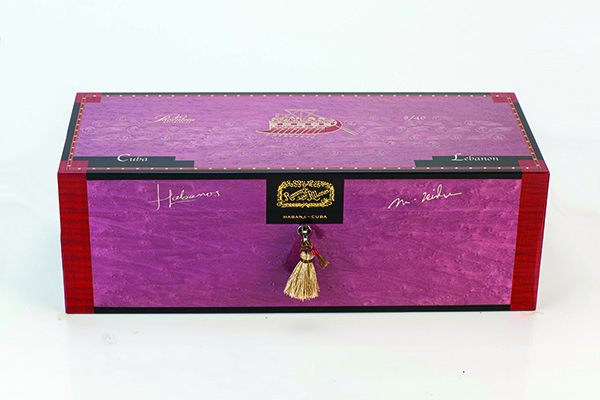 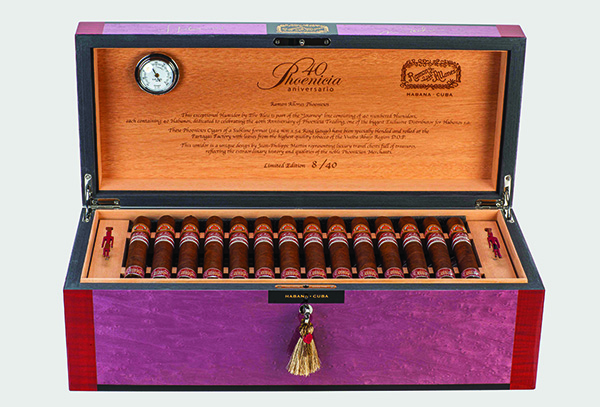 Lastly, more than 500 lucky aficionados were able to taste the launches during local Multinational Habanos Herfing gatherings, that were organized simultaneously in multiple countries, and always in accordance with local restrictions in relation to Covid-19. These gatherings gave aficionados the opportunity to gather together to watch the virtual event after a long year of struggles with worldwide restrictions. They were also livestreamed during the virtual live from the different 9 cities (Athens, Beirut, Brindisi, Dubai, Havana, Kuwait, Limassol, Saida, and Sofia), and the guests who attended enjoyed not only the two new cigars, but also gourmet food and drinks, and complimentary unique gifts. 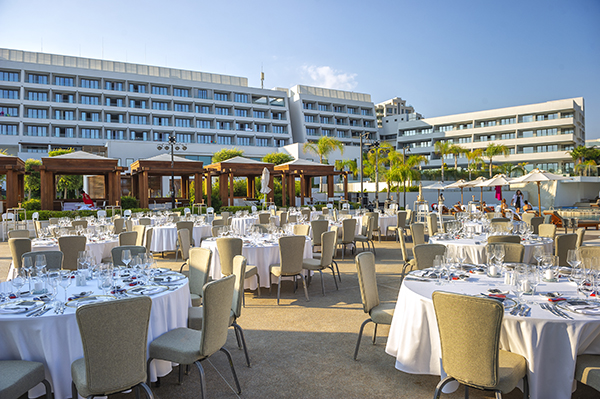 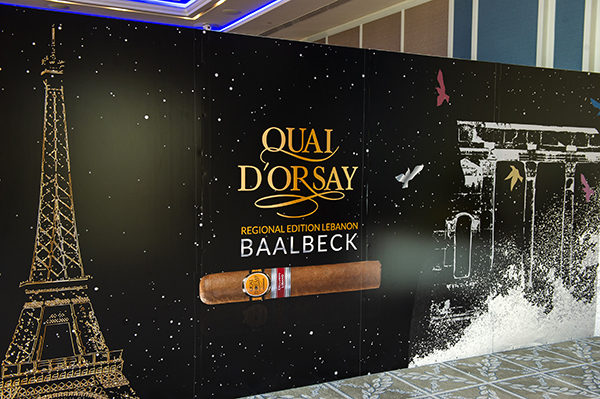 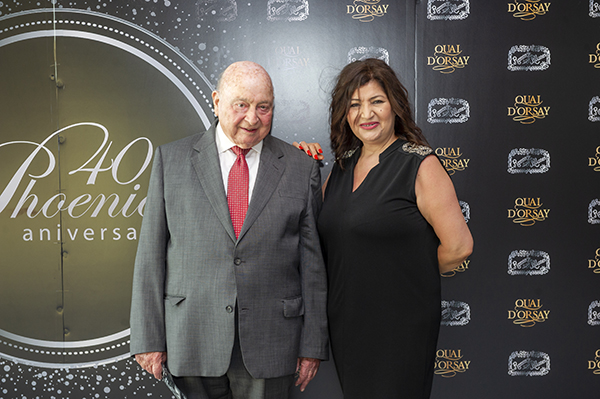 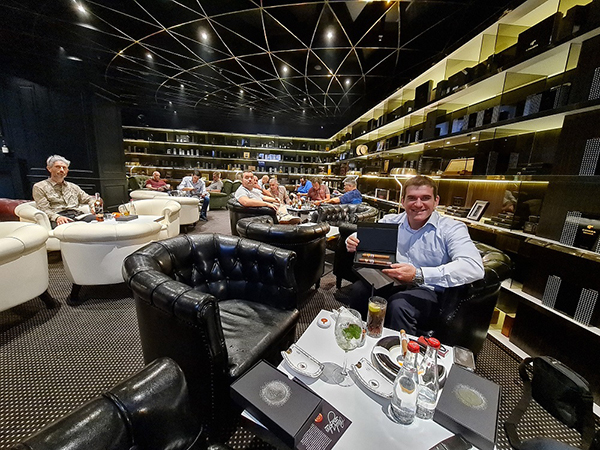 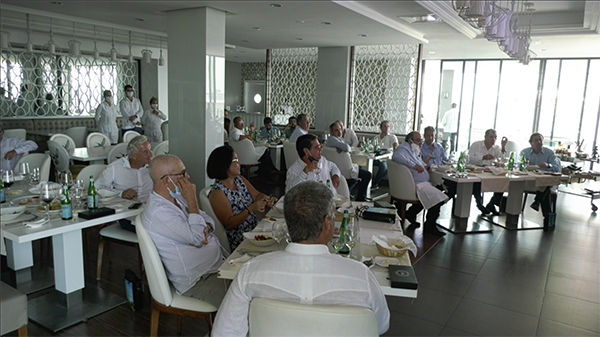 The virtual event closed with announcing the availability of the two Habanos exclusively for the Lebanese market, and upon the hope from Phoenicia Trading to be able to soon host future physical events, to meet with and welcome aficionados in person to celebrate and enjoy Habanos together.

You can watch and re-live again this incredible virtual event through the following link: