On January 8, 2020, the first Habanos Specialist store in Hanoi was officially opened. Attending the launch of this store were Ms. Lianys Torres Rivera – Cuban Ambassador in Vietnam and many other important guests. 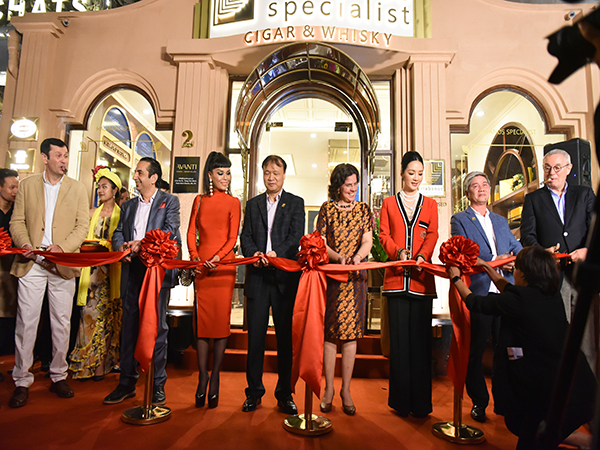 At the event, in a luxurious space with latin music, more than 100 guests who are diplomatic guests, successful business people, artists and special customers of the brand had the opportunity to experience unique and whiskey products, imported officially, guaranteed quality and well preserved in the proper environment, keep that special unique flavor and aroma of Cuban cigar . 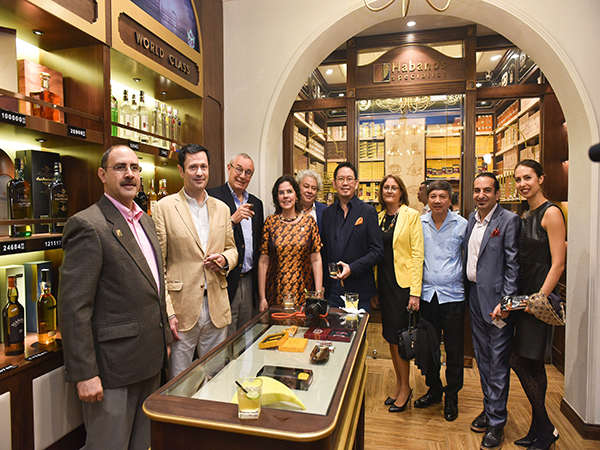 After more than seventy years of companionship and development, Cuban culture has also become a very familiar image for Vietnamese people: rows of green coconut trees, antique cars sparkling in the sun, and off course dance, music and hospitality … The appearance of the Habanos Specialist store at 02 Co Tan street, Hoan Kiem, Hanoi is a gift to Cuban culture lovers in Hanoi. Not only introducing Cuban culture and people through images or music, when coming to Habanos Specialist, consumers also have the opportunity to access to the world’s leading Habanos brands. Along with that is a unique list of high-class and rare whiskeys selected and provided by Diageo – the world’s famous spirits supplier. 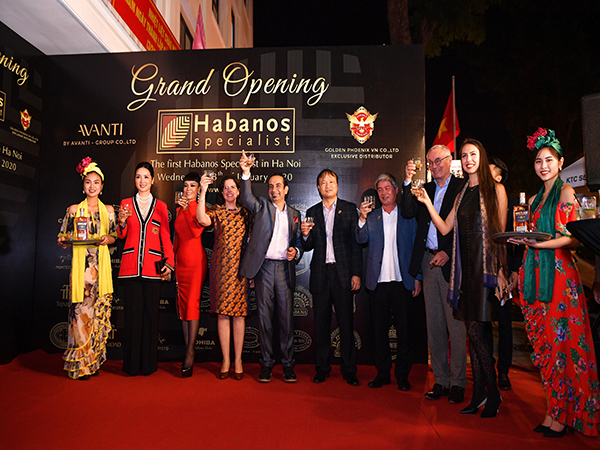 Talking about the decision to open a showroom to display and sell specialties associated with Cuban culture, Mr. Dag Holmboe (CEO of Pacific Company) said: “We think this is the right time to bring many unique products, imprints with Cuban life, introduces to consumers in Hanoi and Vietnam. Vietnam – Cuba not only has a lasting friendship and beautiful memories passing through the years. Now, we also want Vietnamese consumers to experience and receive unique products that are unique to Cuban culture. “

Ms. Lianys Torres Rivera – Cuban Ambassador to Vietnam also attended the opening ceremony. She expressed hope that the trade relationship between the two countries will be further strengthened by the opening of this first store.

Deputy Minister of Commerce and Industry, Do Thang Hai, Cuban Embassy officials, executives of Vietnamese companies in the sector and national media attended the event.

Speaking of Cuba is also about Habanos. The most premium cigars in the world are hand-wrapped on this largest island in the Caribbean. The tobacco plants here are imbued with the unique flavor of this unique climate and soil in the whole world.

is the owner of all brands of Cuban cigars, controls the promotion, distribution and export of Cuban cigars and other tobacco products worldwide. Currently 27 brands are protected by the Habanos protected Origin Act (D.O.P.). All of these brands are created to meet the needs of different styles and are appreciated by cigar enthusiasts around the world.

Diageo is a leading global brand in the alcoholic beverage industry with iconic brands of Scotch Whisky. The remarkable growth of DIAGEO’s Reserve portfolio, has been awarded the best-selling collection by ‘World’s Best Bars’. For the third consecutive year, Diageo’s Reserve portfolio has been named the best-selling collection in the International Alcohol Brand Report. • An excellent range of Single Malt including Lagavulin, Talisker, Mortlach, Oban, Cragganmore and many others with a limited edition distribution opportunity.

The first Habanos Specialist store in Hanoi is operated by Avanti-Group Company Limited, in order to develop and spread the ideas and spirit of Habanos, S.A. through the construction of the Habanos Point, Habanos Lounge and offers Vietnamese consumers limited and premium releases of whisky, along with premium Cuban cigars from Habanos.

The official Denominación de Origen Protegida (D.O.P.), or Protected Denomination of Origin used only to describe the most outstanding brands of cigars, which are manufactured in Cuba to the most exacting standards established by the Regulatory Council, from tobaccos grown only in particular areas of the island that are also protected as Denominations of Origin. In English the word translates as Havanas, which are widely considered to be the best cigars in the world.
The Havana-based company, jointly owned by the Cuban industry and the British Imperial Tobacco Group, which markets all 27 Habanos brands worldwide.
La Casa del Habano is the name of a network of retail cigar stores franchised by Habanos s.a. There are over 140 La Casa del Habano stores throughout the world on five continents. A full list can be found on the franchise's global website at www.lacasadelhabano.com
Distribuidor ExclusivoEspecialista en HabanosEventosThe Pacific Cigar Co. Ltd.