More than 15 La Casa del Habano stores around the world paid tribute to cigar readers in celebration of the World Book Day, accompanied by a Montecristo and/or Romeo y Julieta Habanos. 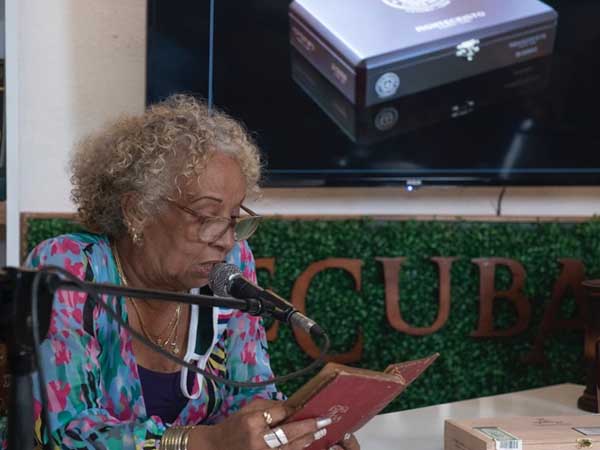 This celebration was conceived to promote reading as a source of knowledge through the historical figure of the “lector de tabaquería (cigar reader)”, to whom we also pay homage on this day. A total of 16 La Casa del Habano around the world participated in this event, and the famous novels of The Count of Montecristo by A. Dumas and/or Romeo and Julieta by W. Shakespeare were read. While the reading was taking place, many of the Habanos enthusiasts enjoyed a Montecristo and/or Romeo y Julieta Habano, the ideal ones to taste them in an event linked to these literary works.

At the well-known La Casa del Habano de Cuba, at the Habana Libre hotel, a reading session was organized with the participation of the tobacco readers from the Habanos’ factories in the capital.  All of them, representing the country’s tobacco readers, paid tribute to this World Book Day by reading the acclaimed novel El Conde de Montecristo, which all those present had the opportunity to enjoy while smoking an Edmundo de Montecristo Habano.

“The cigar factory reader holds a revered place in the heart of Cuba‘s many tobacco workers, and it was a wonder to witness how this age-old tradition still lingers on during my recent trip to the island. Part journalist, part teacher, the lector is a 100% Cuban custom that has survived for more than 150 years and inspired some of the world’s most recognizable hand-rolled Habanos. From the farmers to the leaf sorters and the strippers to the rollers, there are so many people involved in the creation of each cigar. But for me, the role of the reader and the artistic flourishes that she or he may inspire is the most enchanting part of a cigar’s journey”, says Eliot Stein, an American journalist and writer, who recently visited Cuba.

World Book Day is celebrated every year on 23rd of April, it is a symbolic day for world literature, the publishing industry and the protection of intellectual property through copyright. Since 1988, it has been an international celebration promoted by UNESCO. On 15th of June 1989, it was launched in several countries, and by 2010 the celebration had already reached more than one hundred.

Habanos have always accompanied aficionados in their moments of enjoyment and relaxation, so Habanos, S.A. has promoted the celebration of the World Book Day for reading and Habanos lovers to enjoy good times while savoring the best Habanos.