Quai D’Orsay started in 1974, when the Minister of Finance at that time wanted to create a cigar with the French refinement and lifestyle. 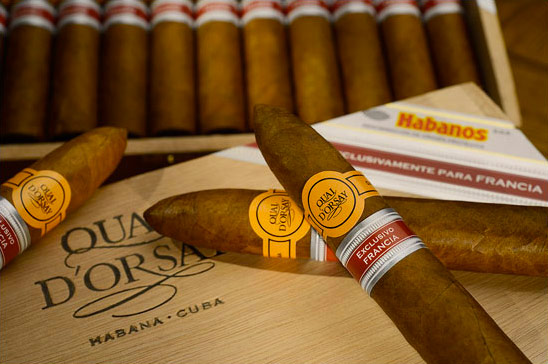 in Cuba, with a selection of fine tobacco from  the brand was designed according to the true Habano tradition, thanks to the good terms between France and the Cuban state monopoly.

Four decades ago, the new brand was launched and named Quai D’Orsay after the Parisian wharf along the river Seine, where the French Ministry of Foreign Affairs and the SEITA happened to be located.

Habanos s.a. has developed in collaboration with SEITA on this special 40th Anniversary occasion this Belicoso Royal Regional Edition.

Regional editions are unique productions dedicated to one brand and one nation, where aficionados are offered a single production for its territory.

This Belicoso Royal is produced in numbered boxes and is available only in the country they were designed for. In this case each Belicoso Royal cigar shows a second band with “Exclusivo Francia” -made exclusively for France- legend. 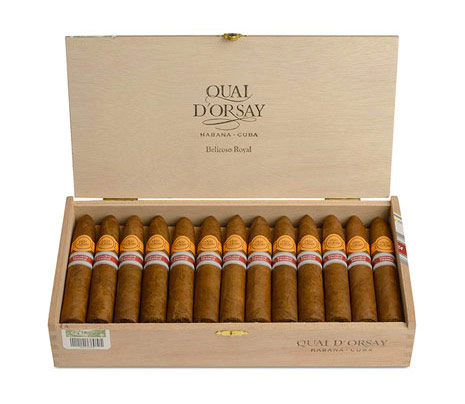 Therefore, from February 2014, the 2,000 boxes of Quai D’Orsay Belicoso Royal will be exclusively sold in SEITA network : premium cigar retailers on the French territory.

From February and until the end of the 2,000 units, it will be part of the portfolio of the most “Frenchy” Habanos brand.