Beirut, the 25th of July 2013, La Régie Libanaise des Tabac and Tombac in collaboration with Phoenicia, the exclusive distributor of Cuban cigars in the region, has discovered and seized 92 Master cases of 72,325 Cigars of counterfeit Cuban cigars during the customs control on some commercial shipments in Beirut International Airport.

The cargo was packaged in cellophane bundle of 25 cigars and the Cuban sizes are indicated on the bottom of each pack (Robustos, Behike 56, 54, etc…), showing clearly that these cigars were intended to be turned into Cuban Fakes. 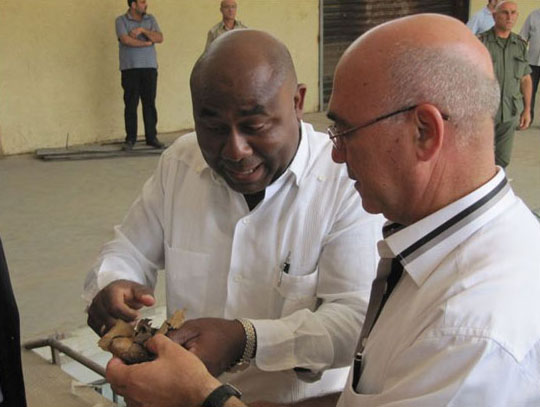 The shipment arrived to Beirut from Santo Domingo through Paris (CDG airport) with the declaration of personal effects and addressed to a fake consignee address in Lebanon. 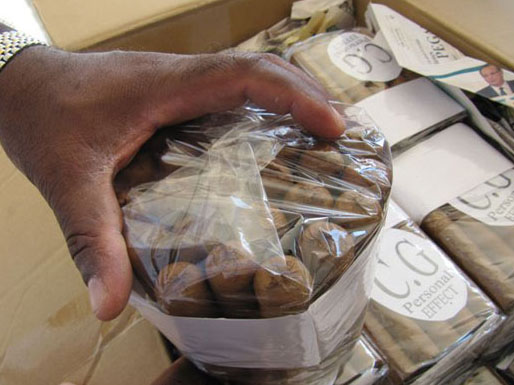 On September 17, 2013 in Beirut, the confiscated cigars have been destroyed in the Régie premises in the presence of the Anti-smuggling Chief Mohammed Daher and executives from Phoenicia Beirut and Victor Aguilera, Habanos’ representative and Purchasing Manager of Phoenicia TAA (Cyprus) Ltd, who declared that this seizure of counterfeit Habanos could reached the commercial value of more than 1 million dollars. “Unfortunately for us, Dubai and Lebanese markets have become among the biggest markets in the counterfeiting and sale of this kind of products”, he added.