Diadema Spa, the Exclusive Distributor of Habanos for Italy, participated in the second edition of Divino Tuscany that was held in Florence, Italy from may the 17th –to the 20th, 2012.

This year Diadema contributed to the event including the tasting of the Habano La Escepción “Selectos Finos”, a very special Regional Edition of Habanos created for Italy. 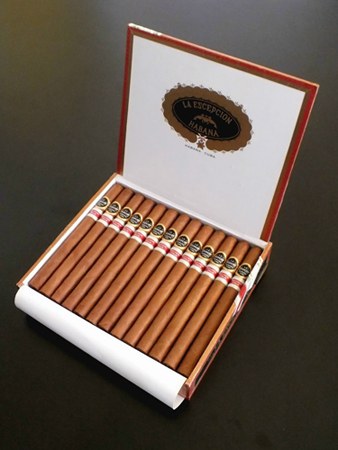 Divino Tuscany is an event that included in its timetable: 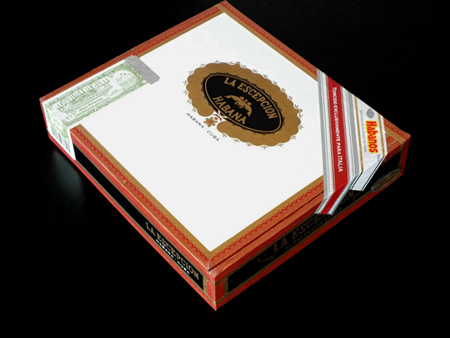 This exclusive Regional Edition for the Italian market is a special production, belonging to the Habanos D.O.P. -Protected Denomination of Origin – . This extraordinary production has aroused the interest of all enthusiasts, and in particular of the great collectors. It is the first time that Habanos, S.A. recovers the production of an old brand in collaboration with the Exclusive Distributor for Italy, Diadema Spa.

La Escepción is a historic brand property of Habanos, S.A. It was founded by the legendary Jose Gener in 1850, reached its apogee in the 1930’s and 1970’s, and then ceased its production in 1989.

Habanos and Diadema Spa have decided to pay tribute to this prestigious and historic Cuban brand offering as a world exclusive only for the Italian market an old-time vitola of the portfolio of Habanos, unique both in its format and in its features:

“Selectos Finos” de la Escepcion (Vitola de galera- Factory name-: Parejo, Cepo 38, 166 mm di Largo) was born from this idea. Only 2,000 numbered boxes were produced. This exclusive production is the result of a careful academic research in terms of presentation of the box, which recreates an updated image of the brand. Its production incorporates the know-how of both: the best Maestros Ligadores- Master Blenders- as well as the best Torcedores – Cigar Rollers- of Cuba.