The Habanos Festival has passed the mid-point of its 18th edition and continues with its friendly and exclusive atmosphere with the Habano as the common bond uniting its visitors. 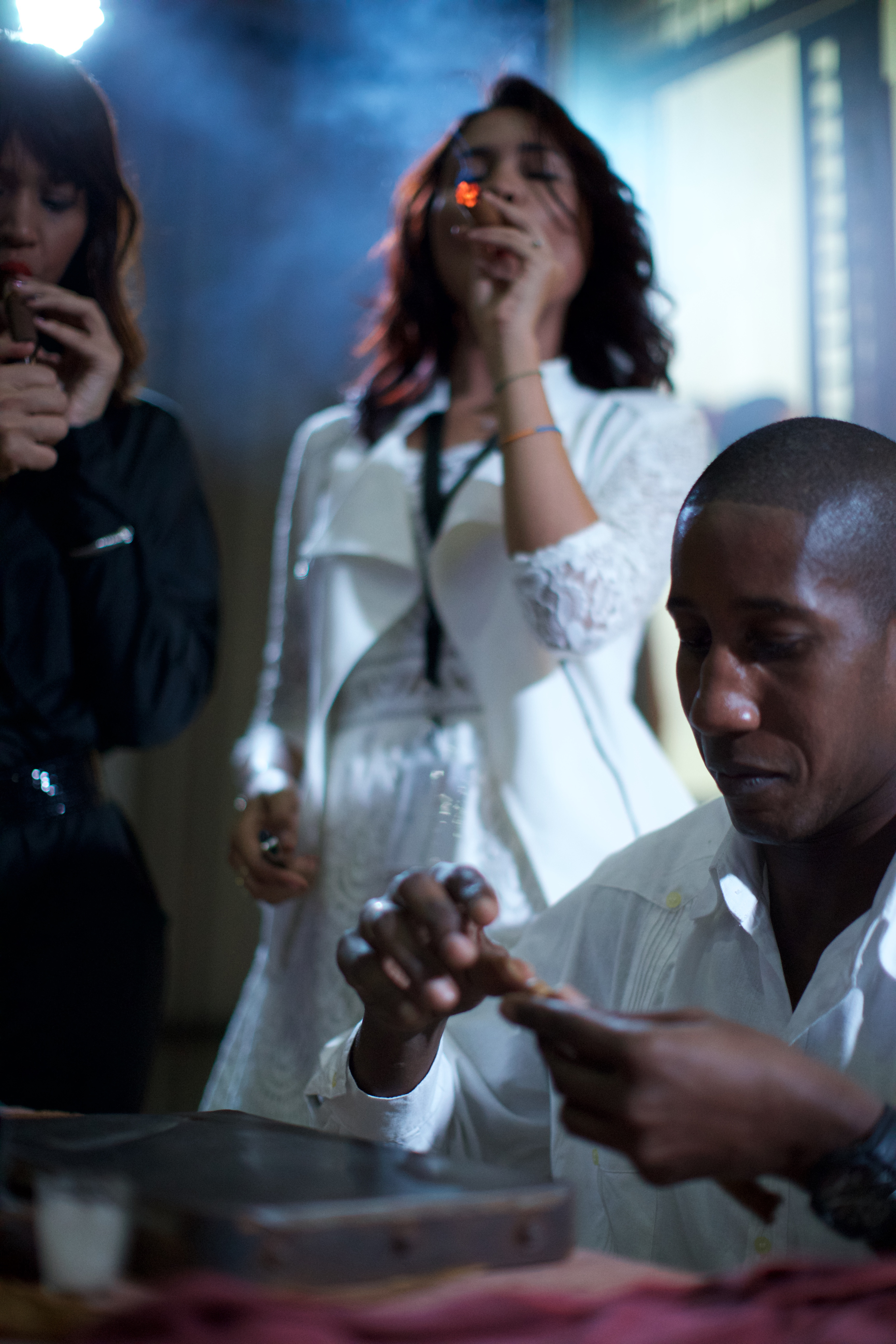 El Laguito’s Protocol Hall was the venue for the Tribute Evening dedicated to the Cigar Roller, a celebrated figure in charge of culminating the production process when crafting and rolling the Habanos with their experienced hands. It was an evening full of special details and surprises, in which participants tried some of this year’s major releases, such as the Limited Edition 2016 of Trinidad Topes, the new H. Upmann Magnum 54 or the special edition Cuaba 20 Aniversario, which also held a prize draw of one of its handcrafted humidors.

Participants in the XVIII Habanos Festival can also visit today the iconic El Laguito factory, the original location of the legendary “Escuela de Torcedoras” (Cigar Rollers School), before becoming the headquarters of the Cohiba brand. Visits to this factory are very infrequent and a decade has passed since the last time festival participants had the opportunity to learn about the Habanos manufacturing process in this neoclassical palace.

The XVIII Habanos Festival has also hosted a myriad of traditional and educational activities such as plantation tours in Vuelta Abajo* in Pinar del Río *, the growing region par excellence of the world’s finest tobacco.

Walter Saes (Brazil), Pedro Tejeda (Cuba), Juan Jesús Machín (Cuba) and Luis Manuel García Urrea (United Arab Emirates) will compete tomorrow Friday in the International Habanosommelier Contest in the special “Maestro de Maestros” challenge that marks the occasion of the competition’s 15th Edition. The finalists had to pass a preliminary phase with challenges such as a blind tasting of Habanos and spirits, the presentation of a pairing of their own creation as well as a demonstration of their knowledge of Habanos to the jury. In the final they will also face a practical test in which the candidates will have to demonstrate their skills as habanosommeliers, in addition to their professional and communication abilities.

The Festival will finalise its festivities tomorrow Friday, March 4th, with the Gala Evening dedicated to Cohiba on its 50th anniversary with an extraordinary musical line-up of international stars such as Chucho Valdes, Jorge Drexler, Estrella Morente, Alaín Pérez, Cucu Diamantes, Geidi Chapman and Niurka Reyes. The evening will conclude with the traditional humidor auction whose proceeds go to the Cuban Public Health System. This year seven humidors will be auctioned, including a special handcrafted humidor from the Cuaba brand and the first of 50 cabinet humidors from the special Cohiba 50 Aniversario series.