On the 29th of June the historical building Casa Palacio Guardiola in Seville hosted an event organized by the Club Pasión Habanos where, during an unforgettable night, more than one hundred aficionados were able to discover for the first time Montecristo Carmen 250 Aniversario Real Fábrica de Tabacos de Sevilla, a special edition that pays tribute to the famous tobacco factory.

Right in the centre of Seville stands one of the most important industrial buildings in Spain, which nowadays is the headquarter of the University of Seville, but it previously housed the first tobacco factory in Europe: the Real Fábrica de Tabacos de Sevilla. More than 250 years have passed since the factory was built, time enough to honour its walls in which Cuba and Spain strengthened its ties.

Last night at the Casa Palacio Guardiola, a well-known house palace in Sevillian architecture very close to the honoured building, 250 humidors named Montecristo Carmen 250 Aniversario Real Fábrica de Tabacos de Sevilla were presented in front of a hundred lucky guests who were the first ones to see this jewel of craftmanship. 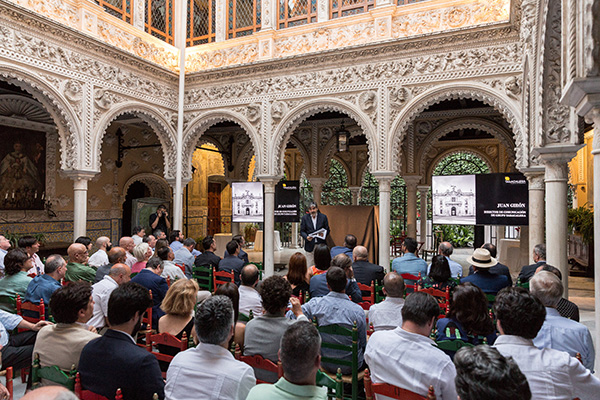 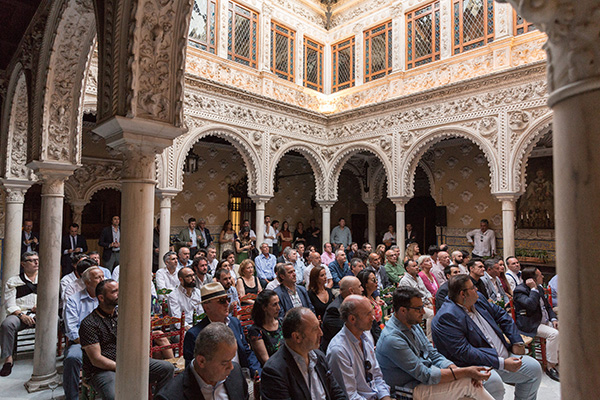 The emblematic colonnaded courtyard of Casa Palacio Guardiola was the setting for the product presentation. Juan Girón, Chief Communications Officer of Tabacalera, was in charge of presenting this special edition and delved into the intense relationship between the Sevillian factory and Cuban tobacco. As he himself described this edition, “it is all a dream”. 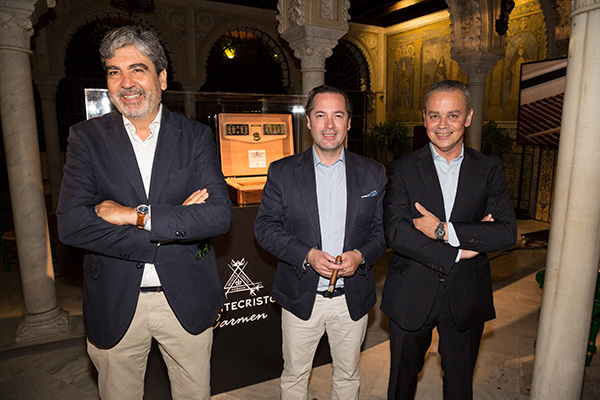 The other two brands that have made this humidor possible were also represented by Alfonso González, General Manager of S.T. Dupont Iberia, and Mario Vázquez, CEO of La Cartuja de Sevilla. They both highlighted that the work done in this humidor, a craftsmanship by S.T. Dupont embellished by La Cartuja de Sevilla, had been quite a challenge and they were proud about the result.

It was then when the long-awaited moment arrived and guests were able to discover the true protagonist of the night as if it was a jewel. The spectacular humidor is made with cedar and walnut wood and shows on the outside of its lid a detailed reproduction of the tobacco factory made of ceramics. Inside it, 100 impressive Habanos lay, with a factory name Pacos (49 ring gauge x 180 mm) -a new entry within the brand-, and received the name of Montecristo Carmen, a direct reference to the cigar roller and main character from Bizet’s famous opera. In addition to the standard Montecristo Habano band, each Habano is dressed with two special ones. 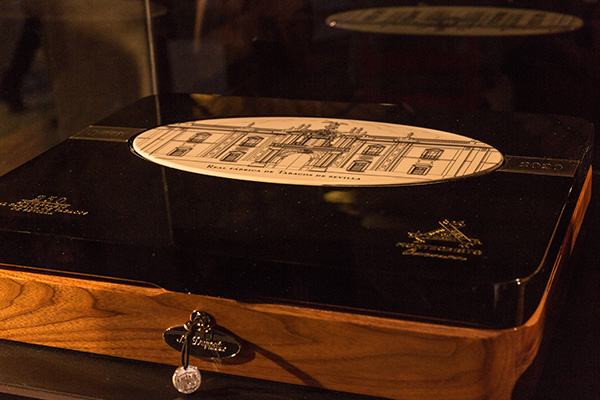 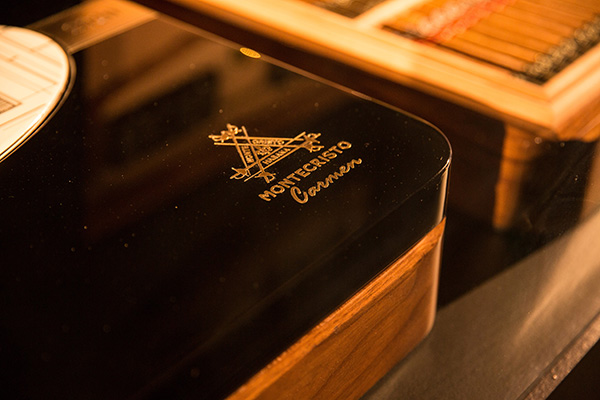 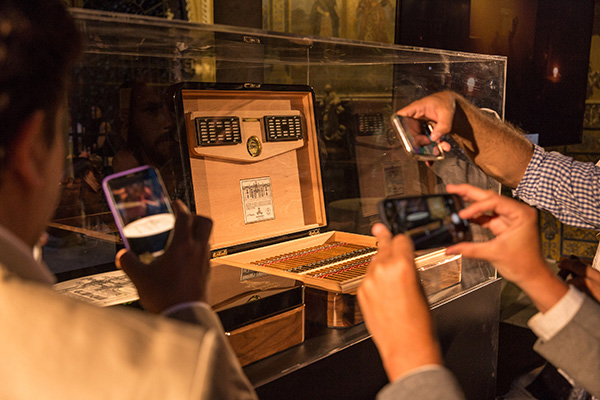 After the photo session took place and guests showed their admiration repeating non-stop the word “spectacular”, the night continued with a cocktail-style dinner paired with two Habanos form the brand’s vitolario: Montecristo No.2 and No.5. People had the chance to get together to talk about their passion for Habanos and finally a live concert filled the atmosphere with a flamenco-Cuban fusion music giving the final touch to an exclusive and magical night. 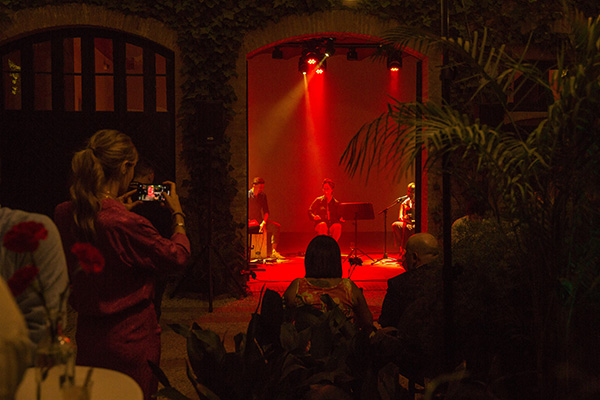 Montecristo Carmen is presented in Seville in an unforgettable night

Habanos, your perfect travel companion for this summer
Habanos, S.A., redesigns the José L. Piedra ring in a new phase of brand modernization
A new Distribuidor for Habanos in Venezuela
Habanos: the passion that is passed down from generation to generation
Casa Havaneza celebrated its 158th Anniversary in Lisbon, Portugal
Habanos, S.A. joins the worldwide celebration of International Book Day through Las Casas del Habano
1492