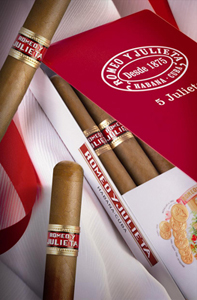 Havana, 25th February 2010.- A thousand of privileged habanos enthusiasts from 70 countries have already tasted the second vitola presented this year in the most important event in the tobacco cigar world, the Habanos Festival: Julieta.

A Habano wich pays tribute to women and their essential role in the history and the present development of the Habano in all its stages, from the tobacco growing, its processing into cigar to enjoyment of this product as consumer, accomplice and ally of the habano. 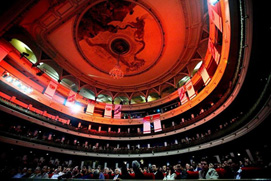 This launch took place during the Women in the Habano Evening, a gala celebrated in the Museo de Bellas Artes at Havana that gathered very important women and world personalities of tobacco growth, production and commercialization; as international celebrities from arts and culture.
Julieta is an aromatic vitola with excellent burn, and of slender band gauge and standard length (33 band gauge x 120 mm length), such characteristics make it attractive, providing a pleasant experience when being smoked. Manufactured with tobacco from Vuelta Abajo, the best tobacco region of Cuba and the world, Julieta puts together the characteristics of a Habano to be enjoyed in short periods of time, following the life rhythm of today’s women, sophisticated and active. The pack in which it is presented has been exclusively designed for this vitola, reproducing the colors and logo of the Romeo y Julieta brand, but with a modern touch of rounded borders that makes it very practical and easy to carry. 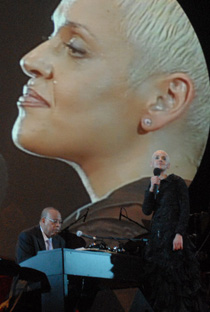 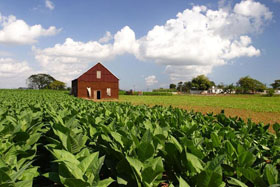 As well and into the Habanos Festival activities program, on this Thursday, February 25th, will be held the worldwide premiere of the British film Cosi, which main character is actress Sarah Brightman, that will be introduced by its producer, Stephen Evans, its director, Chris Menaul and the amazing actress Mia Maestro.
Habanos, S.A. has kept Cohiba Behike till the Gala Evening. This is call to be the most exclusive line of the most prestigious tobacco brand in the world, which incorporates for the first time the “Medio Tiempo”, a leaf that just grows in specific sun-grown tobacco plants which attributes to the cigar exceptional character and flavor. The new line, which will be produced each year in extremely limited quantities, will be tasted by the privileged event attendants. 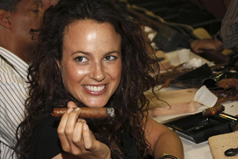 Following with the Festival activities program, on Tuesday took place the traditional plantations visit, that shown some of the best tobacco farms of Vuelta Abajo, in Pinar del Río. This year were visited the lanyards of three renowned Cuban farmers: Laudelina Pozo Leal, María Luisa Álvarez Alfonso and Yohanis Díaz Castillo. On Wednesday was celebrated the master class of habano cigar rolling totally by hand, which has a great interest among the participants. This time, the master class was conducted by Mr. Arnaldo Ovalles, director of El Laguito factory, in which are made the prestigious Cohiba cigars.