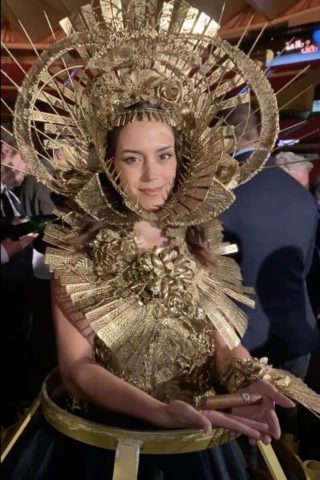 In the incomparable setting of the Cívitas Metropolitano Stadium, more than 350 lucky aficionados had the opportunity to try this unique vitola for the first time while enjoying an exclusive dinner hosted by the Paraguas group, whose portfolio includes some of the most fashionable restaurants in the Spanish capital.

The magical evening, which included music, gastronomy and, of course, the best Habanos, was full of surprises, contests, and multiple experiences. 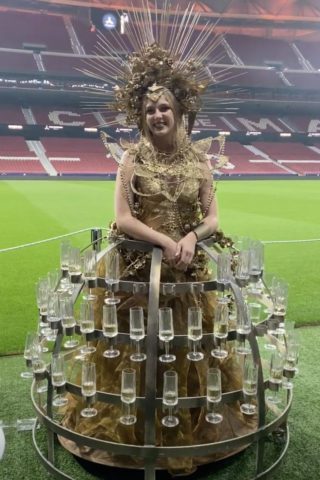 In addition to a large group of expert aficionados and professionals from the world of Habanos, the presentation of Montecristo Wide Edmundo was given by Juan Girón, Chief Communications Officer of Tabacalera S.L.U., and was attended by José María López Inchaurbe, Vice President of Development, and Ernesto González and Alejandro Fernández-Blanco, from the Operational Marketing Department, representing Habanos, S.A. 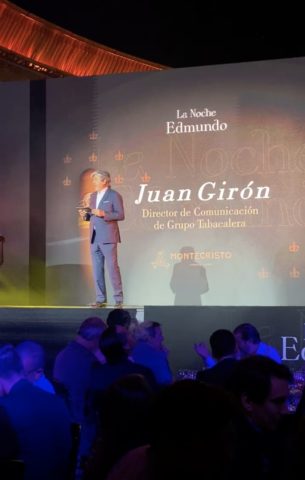 “Montecristo is a symbol of tradition, history and a benchmark of flavor for aficionados, which has evolved over the years to become a reference in innovation, style and trend, and the arrival of Wide Edmundo is proof of that,” says José María López Inchaurbe, Vice President of Development of Habanos, S.A.

Announced during Habanos World Days 2021, Montecristo Wide Edmundo is the fourth and thickest Habano in Montecristo’s emblematic Edmundo line. This new vitola will be launched in October at official Habanos points of sale throughout Spain.

Montecristo Wide Edmundo (Edmundo Line) has been elaborated “Totally handmade with long filler” with wrapper leaves, filler and binder from the Vuelta Abajo* area, in the Pinar del Río* region, where the best tobacco in the world is produced and made by expert Cuban cigar rollers. 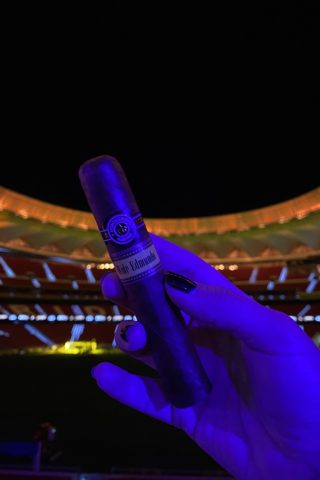 Tabacalera is the leading business group in the marketing of Premium cigars worldwide. Heir to the old Spanish tobacco monopoly created in 1636, it is present in more than 150 countries through a powerful distribution network. Tabacalera has the most prestigious brand portfolio in the industry and includes all Cuban brands – such as Cohiba, Montecristo, Partagás and Romeo y Julieta – through its 50% stake in Corporación Habanos S.A. The group is also the exclusive distributor of Habanos for the Spanish market, is headquartered in Madrid and has 5,000 employees worldwide. Tradition and innovation are the pillars on which Tabacalera has built its identity, which transcends premium cigars to position itself in the universe of lifestyle and luxury products.